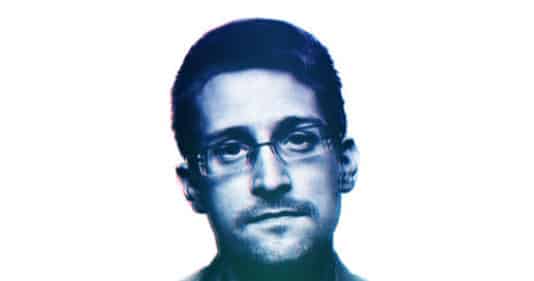 Permanent Record: Everyone Using The Internet Needs To Read This Book By Edward Snowden

The United States Government, with the assistance of large tech corporations and allied world Governments, has been harvesting and permanently storing your personal and private internet data. This data is then indexed and searched through by the United States Intelligence Community (IC) when profiling targets.

You need to think of how this information could be used against you and start encrypting as much of your online communications as possible.

In his autobiography, Edward Snowden explains the convenience of Big Tech service providers such as Facebook and Google, who have cleverly adapted the preferences of internet users to convenience over privacy.

With this dependency on large tech corporations, the narrative surrounding truth on any issue can be easily manipulated and controlled by a small number of people. Edward Snowden seeks to return to an internet age that promotes privacy with the free flow of information that is not dictated by large private corporations that secretly hand our private data to Governments.

“The attempts by elected officials to delegitimize journalism have been aided and abetted by a full on assault on the principle of truth. What is real is being purposefully conflated with what is fake, through technologies that are capable of scaling that conflation into unprecedented global confusion.”

“Encryption is the single best hope for fighting surveillance of any kind.”

Edward Snowden became fascinated with computers at a young age through the influence of his father, who worked for the US Government. He spends a great deal of time explaining his historical allegiance to the USA through joining the military, and then later the CIA and NSA as a contractor to serve the citizens of his nation.

Due to his expertise in technology, as he moved up the corporate ladder in the IC, he was given special access to classified information on Government servers.

Mass surveillance is all about your personally identifiable metadata. Metadata can include login passwords, IP addresses, MAC addresses, GPS location, Wi-Fi triangulation. This information is gleaned from large corporations such as Microsoft, Yahoo!, Google, Facebook, Paltalk, YouTube, Skype, AOL and Apple, all of which have confidential agreements with the United States Government through a procedure called Prism. Email, photos, video, audio, search history and cloud data are also collected and permanently stored.

The data collected in Prism can be searched through using Xkeyscore. The NSA call this Operation Stellarwind.

When discovering that his superiors were all aware of and compliant with this illegal action, and that his colleges were indifferent about it, he decided to expose these abuses to journalists that the CIA had targeted in their databases.

By creating an automated newsfeed distributor called Heartbeat for intelligence agents, Snowden was able to see files that were being shared between the entire Intelligence Community. He started to secretly store documents which could be used to prove this system of mass surveillance.

He played the NSA at their own game.

Through contacting journalists though encrypted email and proxy Wi-Fi connections, he was able to meet them in person in Hong Kong and personally give them all the files he had stored on his encrypted hard drive.

When fleeing Hong Kong, Edward Snowden got trapped in transit in Moscow by the US Government, where he later was granted temporary residence. He currently resides in Russia with his wife and continues to campaign for privacy rights remotely, and has even been featured on the Joe Rogan podcast.

When detailing his youth, he included inappropriate personal details such as accessing pornography. He also described some rebellious behaviour towards his parents and teachers as a child and teenager.

While having access to Stellerwind, Edward Snowden explained how NSA employees would exchange nude images of citizens with each other. He also noted that everyone has at some point during their life has accessed pornography.

In order to contact journalists while concealing his identity and location, Edward had to hack and steal private Wi-Fi access to fake his IP contained in email headers.

Snowden revealed that the IC has a licence and obligation to lie to the public. Since this is the case, no public statements that these institutions make can be trusted. The IC of the United States applies similar methods of information controls and compartmentalisation akin to cults and occult orders.

As a result, Edward is inconsistent for naively believing other narratives communicated by these organisations surrounding other events such as 911, which was used as the basis to justify mass surveillance against terrorist activity.

Edward can see the problem of mass surveillance, yet comes to a faulty conclusion and presents naive solutions, including policy reform through corrupt news agencies such as The Guardian- who destroyed their hard drives with Edward’s documents when pressurized by the British Government.

Edward correctly concludes that this surveillance state is seeking to be “God-like” and will be used, in his own words, to

‘“Calculate” our citizenship scores, or to “predict” our criminal activity; to tell us what kind of education we can have, or what kind job we can have, or whether we can have an education or a job at all; to discriminate against us based on our financial, legal, and medical histories, not to mention our ethnicity or race, which are constructs that data often assumes or imposes.”’

There is no doubt that when the man of sin is revealed he will exalt himself above all that is called God (2 Thessalonians 2:4). Mass surveillance and data storage technologies will be the means through which he feigns omniscience. This technology will also be used to marginalize, silence and persecute anyone who stands against his universal regime.

Christians must remember that God is sovereign and that we are to let our light shine before men (Matthew 5:14-16) and recognise that part of the Christian experience is to suffer for His name (Matthew 16:24-26). This does not mean we throw off restraint and wisdom while seeking to understand the technology that we frequently use, which can be used to persecute us. It is necessary to encrypt and anonymize our online communications to the extent that Jesus did in the Gospel accounts (Matthew 13:10, Luke 22:47) and await our Master’s return.

For further reading, check out our articles on cyber security.

Previous articlePureOS: Is It Worth Switching To A Linux OS To Stop Big Tech Spying?
Next articleChat

Why You Need To Be Anonymous Online

Redwall Comes To Netflix! Will It Be Family Friendly?

Why You Need To Be Anonymous Online

That Time An eSports Champ Got Pwned By Darth Dawkins

What Geeks Are Talking About