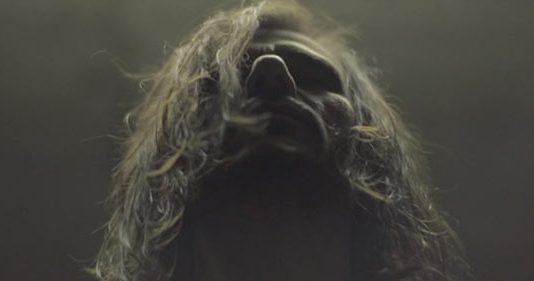 If you are late to the party and haven’t figured out by now that Lucifer and his worshippers are running the shop and that the game is rigged, don’t worry. Former Australian X-Factor winner and now Christian, Altiyan Childs, has conveniently compiled everything you need to know about Freemasonry in a single place.

In an extremely well-documented 5-hour exposé, the X-factor winner explains how Freemasonry has influenced the music industry and international policy for the United Nations.

At its essence, Freemasonry is Luciferianism; Altiyan has saved you hours of laborious research and reading materials from wicked authors such as Albert Pike, Manly P. Hall, Aleister Crowley, Helena Blavatsky, and Anton LaVey who promote the destruction of the family, pedophilia, child sacrifice, and gruesome rituals.

Sometimes truth is indeed stranger than fiction, but this does not make it any less true.

(Here is a Bitchute Link as YouTube has taken down the original. Funny how YouTube allows videos that openly promote Satanism yet ban this video. It’s almost like they are trying to prove the point.)

Some caution is needed when viewing this video. There is some speculation on Childs’ part when calling specific people Freemasons.

It is possible that some individuals are simply being influenced by Freemasons unknowingly.

The scriptures do proclaim that on account of two or three witnesses that facts are established (2 Corinthians 13:1).

We should not assume that if someone is seen giving a strange handshake that they are definitely a Freemason, as Altiyan does with the New Zealand Evangelist Ray Comfort (Here is a video of Ray preaching to a Luciferian).

It would be like concluding that if a man were to give you a limp handshake, he is effeminate or weak. This does not necessarily follow.

There is, however, an undeniable case presented by Altiyan of the overreaching influence of Luciferianism at the highest levels of society.

Altiyan explains his testimony of how he was on a collision course for a brick wall at 120 km/ph when he was awoken from his sleep by a whisper and was able to narrowly evade death.

Having been a practitioner of “the craft”, he explains that he is violating the gruesome oaths he took and is risking death bringing the Gospel of Christ to you while exposing the evil of the occult.

“Awake, you who sleep, Arise from the dead, And Christ will give you light.” -Ephesians 5:14

Altiyan’s call is for the viewer to wake up and see the evil around and in them and to turn to Christ for salvation as we approach an inevitable New World Order governed by The Seed of The Serpent (Genesis 3:15).

His proclamation is a needed poke in the eye of Luciferian globalism and a testimony to the power of Jesus to save sinners.

In the words of Altiyan: Jesus Wins.

Update – In response to this article Altiyan issued the following reply to us:

“Just a quick note; I never said or implied that Ray Comfort was a Luciferian, and I did in fact point out that even a 32nd degree Freemason, like my former Grand Master, is not revealed the well-concealed Luciferian nature of the fraternity. I will stand by the fact that Ray Comfort is in fact giving a textbook ‘Master Mason Pass Grip’ to Joyce Meyer, and I will also reiterate the only point that I made in my video regarding him; He has never preached against Freemasonry or its role in the upcoming New World System. There are many Christian Freemasons, and Ray Comfort at the least was one of them.”

Ray Comfort seems to make honest efforts to convert ppl on CA beaches. However, my sister got one of his kits to aid ppl n witnessing for Jesus, & it has tiny books of the Gospel of John included n… Read more »

And he has Kirk Cameron , an actor by his side. I wonder how much they’re making together. I imagine there’s a larger turn out with Kirk Cameron there. But just because there’s fake Christians who act sheep in wolves… Read more »

Is anyone doing anything about it

Nothing we Can do other than warn people so that they can wake up and come to Christ.

Some Christians are exposing this – https://defenderconference.uscreen.io/programs/belly-of-the-beast-24e504?categoryId=93606 According to Daniel 7 & Revelation 13 it’s inevitable. Like the book of Exodus, where God delivers His people from an occultic society, so too will The Good Shepherd bring His people out… Read more »