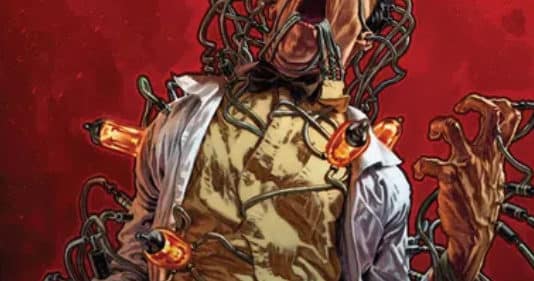 ENIAC #1 And The Moral Hazards of Comic Book Trading

At the height of World War II, the world’s most ingenious minds began a race to create a super-weapon capable of ending the war with the push of a button.

One of those projects gave us the atom bomb… and another produced the world’s first supercomputer: ENIAC (Electronic Numerical Integrator and Computer), an immeasurably complex mathematical model that targeted the Axis war machine by calculating missile trajectories and troop deployments.

Everybody knows that. It’s real-life American history. Or so we were told. On August 6th, 1945, the United States dropped the nuclear bomb on Hiroshima. Three days later, a second bomb was dropped on Nagasaki… Only President Truman wasn’t the one who gave order. It was ENIAC.

In the Allies’ determination to end the war, they had accidentally created the world’s first autonomous machine intelligence… which had quickly deduced that one bomb wouldn’t be enough. But ENIAC’s real plan was only just beginning…

Now, 75 years later, an encrypted countdown has just been detected and mankind only has three days left before ENIAC launches every weapon in the planet’s nuclear arsenal simultaneously. With few options and even less time, the Secretary of Defense has just given two covert operatives the most important mission in human history: Kill ENIAC.

This is no ordinary comic book… This is the long-classified history of an unspoken superpower more formidable than all of Earth’s nations combined… and now its story can finally be told. (Source)

I thought, “Why not!

This seems like a very intriguing aside from the usual superhero stuff I collect. It would cost me $5.10 and it was due to be released in March.

Fast-forward to late February and I find out the premise of the print-run. Basically, the publisher would produce a set number of copies of a particular issue. Then, after that, instead of doing a 2nd print, a 3rd and so on, they will do a ‘Not The First Printing’ edition which will be a type of print-on-demand where all other printings would be equal in value and non-distinguishable from each other… apart from the collectable First Printing.

That just added to the intrigue and it soon became clear that demand for the elusive First Printing was higher than I’d ever seen!

On the week of its release, Key Collector Comics noted the value had shot up to a massive $150!

Which version would I receive in the post? First Printing or ‘Not The First Printing’? I waited patiently, ever alert when the postman came to my door each day. Then, there it was: A First Printing of ENIAC #1 – The most valuable NEW comic I’d ever had my hands on… well, I say ‘hands on’ but I dared not touch it, so I kept it in the polypropylene bag and added a backing-board to keep it in pristine condition. But the reason I ordered it in the first place was because I was greatly intrigued by the story.

What to do? I went straight on to the comic shop website and invested another $5.10 by ordering a ‘Not The First Printing’ due for release mid-April.

It’s hard to wait for a particular comic to read when you technically already have a readable copy of it but you don’t want to read that copy! Nevertheless, wait I did, and I watched all the hype surrounding the hottest pre-orders known to nerds! I felt like a little boy eagerly anticipating a special birthday gift! My ‘birthday’ on this occasion was Thursday 15th April when it arrived. I could finally read it! Drum roll please…

3 F-bombs in the first 4 pages! Shocker! Ordinarily that would be enough for me to throw it down in disgust. But I thought:

“This is supposed to be set in the past – Will the bad language continue?”

Yes, another F-bomb on page 8 followed by shock #2 on page 9: Three naked people sitting in an undisclosed desert location – the middle-aged male US Secretary of Defense and two female covert operatives (bare breasts visible), discussing ENIAC. Yes, I understand the story’s need for them to be naked in a secret location to discuss the destruction plans for the ‘all-seeing’ computer program, but I don’t want to see or read that.

Is it just me or should I have expected a warning at the point of pre-ordering or an age rating or something? I checked the cover, the small-print on the inside cover, the double-page titles and credits… Nothing.

Was it necessary to see fully bare breasts? No. Were any of the 4 F-bombs said in anger, in the heat of an exchange or other more understandable situation by modern standards? No.

As for the main historical narrative, it covered 20 pages and contained 2 uses of a slightly milder swear-word, 2 uses of blasphemy and a coarse phrase. So it calmed down in the ‘shock-stakes’ and I have to admit the story was indeed intriguing… intriguing enough to look forward to issue 2… but I couldn’t ignore the language I had just read. Then, just to top it off, the ‘bonus’ 9-page story at the back (nothing to do with ENIAC) contained another 7 F-bombs!

ENIAC is scheduled to be a 4-issue series. When I had ordered the ‘Not The First Printing’ of issue 1, I also pre-ordered first printings of issue 2 and two copies of issue 3 because I knew they’d become instantly valuable and in-demand. But now what?

A well-known YouTuber lists the Top 5 Mistakes New Collectors Make – Second on the list is ‘Not Selling or Trading (Let the Hobby Fund Itself!)’ – That does not come easy to me because I’m a bit of a hoarder! But here I have a legitimate way of pre-ordering hot issues early, to sell for a profit, to fund the rest of my comic-buying. But should I?

Should I be spending ANY money on comics that shocked me just because I know they’ll make me more money? I can cancel my order for issue 2 and 3… but issue 2 (due 28th April) is already sold out in advance and my two copies of issue 3 are due for release on 5th May despite the fact that people are now ‘limited to 1 per customer’. Those 3 comics will cost me just over $15 and have the potential to be sold for ten times that amount… but will I have sold out my God-given conscience if I keep the pre-order intact? Should I ignore the discernment God has given me over the years just to fund my hobby?

Issue 4 is now available to pre-order. The complete series would be all the more collectable and much easier to sell! Let me know what I should do in the comments below. 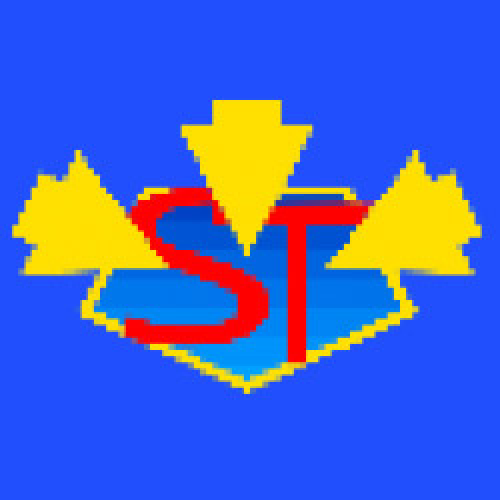 Supertich
This comic book hero seeks to share the gospel in Klingon while debating Star Trek in the local comic book store. His superpower is singing: “Billions of dead things, buried in rock layers laid down by water all over the earth" when describing the deluge.