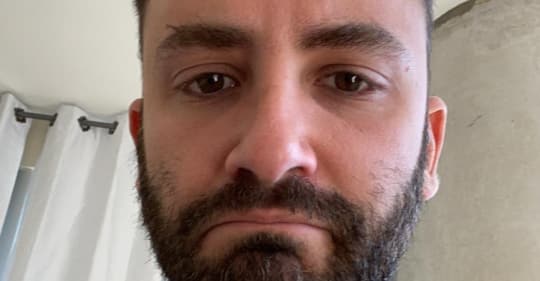 Byron Bernstein a.k.a Reckful ended his life on the 02/07/2020. This news came as a great shock to me as I had only recently written an article about his frustrations with reality. When compiling such an article it can be easy to minimise a person’s humanity, take on the assumption “he will never read or reply to this” and, even though I tagged him on Twitter when posting the article, I now, with great regret, wished I had made greater attempts to contact him directly. My hope is that I could have been some comfort to him if he was willing to receive it. I’m sure many would relate to such sentiments.

Here lies the problem with social media: people only let you see what they want you to see. Outwardly, Byron looked happy. He was about to release his independent video game, Everland, and seemed to be excited about the project. However, upon closer inspection, one can notice cracks in this facade with the current news in mind.

Shortly before he died, Byron made a post stating that he was lonely. This can be hard to imagine with an individual that had nearly a million followers on Twitch and half a million on Twitter. I guess those numbers really do mean nothing. Vague and melancholic posts such as:

“love is something… if you find it, don’t let it go” (Source)

should have all been warning signs not only to his fans, but also those closest to him.

It appears that Byron made a public proposal to an ex-girlfriend Becca and was berated by the Twitter community. This kind of personal and persistent attack seems to have been the last straw in pushing Byron over the edge. Before he had heard a reply from Becca he had committed suicide. You can read her response here.

Hi Byron, I wrote this article about you because I for one can relate to your frustrations about life, and I’m sure many can. I hope you read it and I’d love to have a chat with you about it. I’m not wanting to do this for any publicity but simply because I care about you as a human being and I am greatly concerned about you. I am around your age but from a completely different background. I’m married with two kids and you would think my financial position dire compared to yours. I’m not famous and have never achieved anything like you have been able to. If you do agree. I’d want it to be a completely private conversation. I will not record anything and I will never broadcast any of the things we speak about and I would appreciate it if you didn’t either.

If you read the article you will know that I’m a Christian. I’m not going to hide that, in fact it is my Christian beliefs that have helped me endure the hardest times in my life. In fact I believe your conversations with Dr. Kanojia are incredibly dangerous. I believe he is teaching you to mask your problems through eastern meditation instead of treating them.

See if you can relate to this at all: You are a product of random chance with no objective value and purpose in life. You are essentially a bunch of chemical reactions responding to various stimuli. You are an animal and your value in life is dependent on what you can do or achieve. Your death is inevitable. While living, you are only enduring hardships to delay this unstoppable reality. When you die the world will eventually move on as if you had never even existed.

Do you not believe this my friend? Is this not your philosophical foundation by which you interpret everything around you?.

I don’t know if you had any Torah training growing up as I know you are from a Jewish background, but there is an ancient Hebrew proverb that says:

“…he who sins against me wrongs his own soul; All those who hate me love death.” Proverbs 8:36

This is essentially saying that God is the source of all goodness, truth, purpose and life. If one rejects God, they are ultimately embracing death.

Now compare what you believe to this: You are created uniquely, one of a kind in the image of God. Everything in your life has meaning, purpose and significance and nothing is by accident. Your life has been predestined by God who is in control of all your suffering and pleasures in life. Your value is not based on your works, but on God who has transcribed value onto you. There is great reward for those who embrace the Messiah and endure hardships to the end. Your Creator has promised to never turn anyone away who comes to Him. God is good and will bring about ultimate justice and peace to the entire earth.

I would even be willing to invite you to my home if you feel like you need to get away from everything.

Finally I would ask that you ponder the words to this Christian hymn:

“Let not conscience make you linger,
Nor of fitness fondly dream;
All the fitness He requires
Is to feel your need of Him.”

Some guy on the internet,

How To Use DOOM To Tell Gamers About Jesus

Touch Typing For The Glory of God: The Websites You Need To Know About