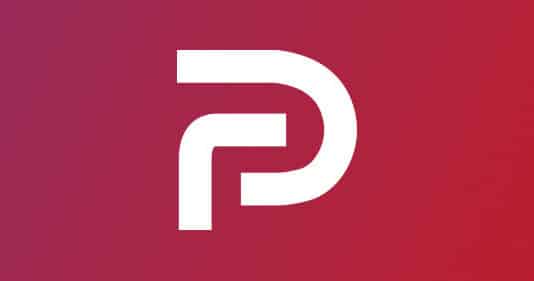 With long-overdue social media reforms threatening to come into play by Donald Trump’s executive order, social media tech giants such as Facebook, Twitter and Google are all susceptible to a competitor with a better value proposition sneaking in and stealing their thunder.

This executive order would theoretically hold Twitter, Facebook and other platforms liable for restricting free speech by suspending accounts and deleting posts among a myriad of other silencing tactics. This means one would be able to sue these platforms-turned-publishers when they fall prey to the politically correct police.

Let’s face it, Facebook, Twitter and Google are all businesses. It’s great that they allow us to use most of their services for “free”, but at what expense?

Is it not true that all of these platforms have created algorithms to encourage you to spend the most time on these sites? Do they not censor or flat out ban their competitors? Why is this? Well, the more time you spend on their site, the more ads they can show you, and as a result, the more money they can make. This is particularly true for Facebook who charges marketers per impression of an ad.

Therefore, when you follow, subscribe or sign up to a business or group whose content you want to see, you will often be spoon-fed such content in a way that will keep you on the platform longer. Such algorithms have become so powerful that the idea of “subscribing” to YouTube channels seems superfluous as the recommendations are often so accurate in determining what you may want to watch next.

This has a major negative impact on communication. Posts about truth are often suppressed for posts that will generate these platforms money. These sites have created a culture where “truth” comes to you and you do not have to go to it because some AI knows what you like more than you do yourself.

This is dangerous because programs are created by people, and people have agendas and worldviews that can very well be antithetical to Christian values. A recent example of this is the unfortunate censorship of YouTube apologist David Wood for describing statistics about Christian persecution. His video was flagged as hate speech and he was given a warning and banned for a week.

I personally have issues with the lack of grace David Wood can often demonstrate and his crass sense of humor however I do not believe he should be deplatformed and silenced.

Free speech is the value Parler is offering. The word “parler” is french and means “to speak”. John Matze, one of the founders of Parler, states:

“We want users to come to Parler to share their opinions and follow the personalities they want to see content from without fear of shadowbanning and other Silicon Valley tricks designed to stop the spread of ideas the Masters of the Universe find distasteful.” (Source)

Christian groups are sick of Facebook’s bias too. Dead Men Ministries, for example, has called their followers to switch to Parler and many others are also jumping ship.

At TheoNerds we have a similar agenda as Parler. We want to bring you the latest Geeky news with sound Biblical commentary straight to you and evade the algorithms that tell you what you want to see. As for Parler, will it kill Facebook? I certainly hope so.