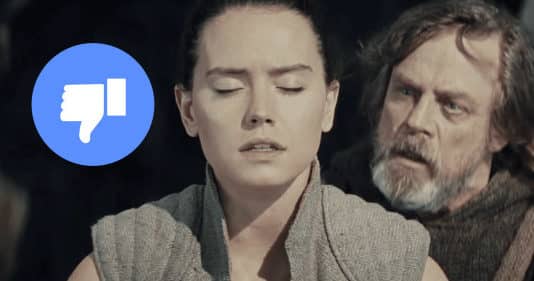 While I’m by no means a Star Wars expert, I am a Star Wars appreciator. George Lucas literally changed the film industry with his films, pioneering the landscape for visual effects and technological developments in the film industry. Skywalker Sound, Industrial Light and Magic (leading visual effects studio), THX and even Pixar thrive today due to his investments in these fields as a result of the success of Star Wars.

Not only that, the films have an appropriate and dear placement in my childhood. Growing up in South Africa, it was always so exiting to bring back the Star Wars VHS tapes from the rental store (yes those used to exist, kids) popping the tape in, closing the blinds on the piercing sunlight and blistering heat outside at war with the curved glass TV screen in the living room and watching Luke Skywalker on the desert planet of Tatooine on his adventures.

And so, it is with great regret I make my vain plea to the Disney Corporation to make Star Wars great again.

The Force Awakens (TFA) and The Last Jedi (TLJ) are notably the worst Star Was movies ever created. I literally found reading the negative reviews more entertaining than the films themselves. Here are some:

TFA and TLJ are not working consistently in the Star Wars narrative. They have the aroma of enthusiasm but without knowledge. These films need to be shelved and forgotten. Reboot the franchise in 8 years when these movies are lost in the caverns of time. Star Wars fans and appreciators would gladly wipe these films from their memory and allow them to be uncanonised.

Disney are known for their radical left-wing agenda, particularly espousing misandry. Well, does it not show in these films! There is not one competent male character in these movies. The only competent characters are all female who act like superheroes (with Leia, literally).

The animal activism thrust into TLJ is cringeworthy and completely out of place. I would like to remind readers of how in The Empire Strikes Back Han Solo saves Luke’s life but cutting open an animal and placing him inside. This is a clear use of humans having dominion over animals in the film’s narrative that is now been contradicted.

Going backwards is easier than going forwards. There has been a clear financial motive to get previous generations into these movies whilst targeting the naive and ignorant younger generations. The events of these films follow too closely after the events of the original trilogy and lack continuity within that story.

It would be far more interesting to see origin stories of the Jedi and Sith brought to screen.

The Christian Gospel is literally the greatest story ever told. Any heroic and epic tale will only ever highlight themes that already are present in it; good conquering evil, kingship, divine intervention, etc. Humans have been designed to respond to this message- it is the reason we find moving stories so captivating. Literary giants such as Tolkien and Lewis were under this assumption.  Having one pressing theme that is delivered well would make Star Wars great again.

If anything, these films remind us of the corrupting bend of man towards greed and the desire for the praise of man.  Sin corrupts and ruins everything, even Star Wars.

It is also a reminder not to love the world or anything in it. The idols of man are easily smashed and cast away, only what is done for Christ will last. The things that are usually esteemed by men are an abomination to God. We should not prize what the world does. Once again, the tales of our day depicted in cinema can only ever be considered good or great if they highlight truths found in the reality of the Gospel.

Let our joy and contentment only come from our God and Saviour Jesus Christ who sought us when we were making good things bad.

That’s my 10 cents. Let me know what you think about these films in the comments.

Chevelle – Pete & Sam Loeffler Are Being Influenced By Demons

Every Theology Nerd Needs This Board Game On Their Shelf