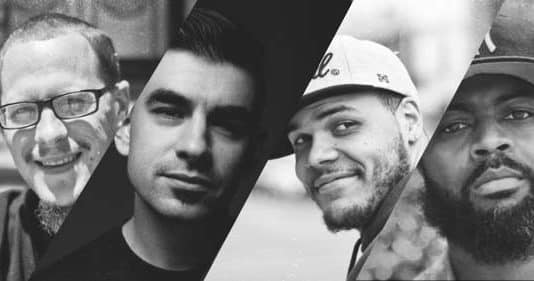 Christian hip-hop sounds like an oxymoron, like holy swearing, or reformed brothels. However, God’s redemptive hand has a far reach and is able to cleanse a genre of music that is predominantly known for its obscenities.

I will admit that I’m the least qualified person to compile this list because I’m white and nerdy.

While some were probably selling drugs, freestyle rapping, and c-walking in the hood before coming to Christ, I would have been painting Warhammer 40,000 miniatures, trading Pokemon cards, or dueling in Durotar with my hybrid-speced alt-hunter till the early hours of the morning.

That being said, Christ is the substance of great Christian music, therefore anyone who loves Christ can appreciate the lyricism, sonics, and rhetoric of lyrical theology.

This is a list of the most RAW, hard-hitting, unadulterated, truth-shouting Christian hip-hop songs I’ve come across.

The debut album of Timothy Brindle opens with a preface track; it is, therefore, fitting to start this list with this RAW track that perfectly blends scripture, memorable rhymes, and scratching.

2:51 will give you goosebumps every time.

From Braille’s 7th record, Native Lungs, this track calls a spade a spade and goes after your self-righteousness and lust with a phat pulsing reese.

2:21 is the perfect neck breaker when cruising in your car.

Bringing dat 1769-1855 Thomas Kelly old school, this one would surely put a smile on that old Irish psalter.

Christ is King; deal with it.

2. As The Hour Draws Near / Letter From The Grave – Shai Linne

This one is literally about an atheist dying and going to Sheol.

Referencing Luke 16:19-31, Shai Linne emphasizes one of the greatest torments of the damned is not being able to warn their living loved ones of God’s perfect justice.

The Ambassador writes from the perspective of the Son as He returns to earth, reminding His enemies that those who sow into the wind will indeed reap the whirlwind (Hosea 8:7).

I really hope God rebuked Job like this in Job 38:1.

No list would be extensive, and without making this article too long, these tracks are worth mentioning:

The Word of God – Timothy Brindle

Did I Miss Any?

Who should be on this list? Let me know in the comments 👇

You Need to listen to all jeru the damaja songs ……. DEEP ……

A couple that come to mind which may fit the description of hard hitting, raw and truthful would be Hazakim – The Other Side and Result – Curse Reversed.. there are probably more but you should give these a listen… Read more »

I was considering Hazakim – Theophanies for this list and Result’s – Sin. Also, Hi-Rez is making some waves that CHH artists sadly are not touching 🙁

My 5 year old loves Cross Movement’s Forever and both my kids love Shai Linne’s Jesus Kids and God Made Me And You.