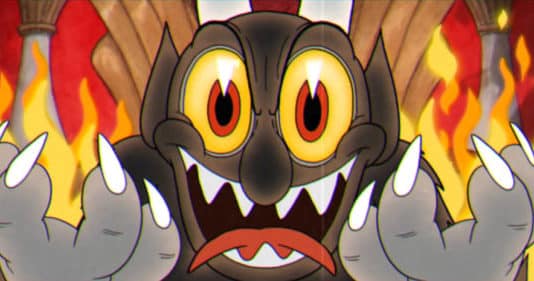 What Pop-Culture Does Not Understand About The Ruler of Hell: Jesus

There is a common misconception in pop culture that the Devil is the ruler of Hell. It might come as a shock to many, but he is not. Even the church of Satan gets this wrong (See Creepy Quote #1).

C.S Lewis understood the influence that pop culture has in shaping the minds of the masses with regards to spiritual realities. The Screwtape Letters, a series of fictionalised exchanges between demons, communicates this idea:

“The fact that ‘devils’ are predominantly comic figures in the modern imagination will help you. If any faint suspicion of your existence begins to arise in his mind, suggest to him a picture of something in red tights, and persuade him since he cannot believe in that (it is an old textbook method of confusing them) he therefore cannot believe in you.” ~Screwtape

To this day, the spread of misinformation about such matters abounds. In pop culture, the depiction of Satan as the red-caped caricature that Lewis described, holding a pitchfork and laughing maniacally, is commonplace.

Who Is The Devil?

Satan, the Devil or Lucifer? What are these terms, and what is the difference? All of these names and titles describe the same person, who is:

Diabolos is the Greek word for Devil, which means the accuser or slanderer. The Devil is the one who likes to remind God of all your sins and seeks to ensnare you with the trite fancies of this world; keeping you ignorant, foolish and sinful.

Lucifer in the Hebrew is Heylel and means light bearer. The root of the word is brightness. Lucifer compares himself to the Most High (Isaiah 14:13-14) and seeks others to worship him (Matthew 4:9-11). The light of Lucifer falsely promises hidden knowledge and the ability to become a god (Genesis 3:4-5, 2 Thessalonians 2:9-12).

The Devil is not God’s equal. He is a created angelic being who has limitations and is subject to the commands of God (Job 2:6). Other angels are mightier as it is an angel that, at God’s decree, binds Satan and casts him into the abyss (Revelation 20:1-3).

The Bible describes Lucifer’s appearance as being beautiful to behold (Ezekiel 28:11). However, upon God’s judgments, all will gaze in astonishment at his frailty and weakness (Ezekiel 28:19, Isaiah 14:15-17).

Hell exists for him and his followers (Matthew 25:41). So if the Devil is an inhabitant of Hell and does not rule over it, then who does?

Before we get there, let’s first talk about Hell itself.

When Jesus refers to the judgments of Hell, the Greek word Geenna is used, which has its roots in the combination of two Hebrew words. Geenna is etymologically translated as the “valley of lamentation”. Jesus described Hell as having an unquenchable fire (Mark 9:45) and being a place of torments (Matthew 18:34).

Hell is not to be confused with Sheol (Hebrew) or Hades (Greek), which are sometimes translated as Hell or grave (this can make things very confusing). Hades itself is described as being cast into the lake of fire, a.k.a Geenna/Hell (Revelation 20:14).

Hades is the prison while Hell is the eternal sentence (Daniel 12:2, Revelation 14:11) for the breaking of God’s law. The closest physical representation of this gruesome place, by means of reference, is the crucifixion of Jesus.

“Ye who think of sin but lightly
Nor suppose the evil great
Here may view its nature rightly
Here its guilt may estimate
Mark the sacrifice appointed
See who bears the awful load
‘Tis the Word, the Lord’s Anointed
Son of Man and Son of God”
~Stricken, Smitten and Afflicted, Thomas Kelly (1804)

Who Holds The Key To Hell And Death?

Jesus is, in fact, the Great Master, Keeper and Ruler of Hell (Revelation 1:18). Jesus is the One who commands its prisoners (Matthew 25:41) and maintains its existence (Hebrews 1:3). Hell exists as a means through which Jesus receives glory for vanquishing all evil (Romans 9:22-24, Revelation 21:6-8).

Do Not Fear The Devil; Fear God

There is indeed wisdom in kissing the Son, lest he becomes angry (Psalm 2:9-12). Jesus will return with an iron rod of vengeance to strike the nations. This spectacle will be so terrifying that the rulers of governments will crawl into Fallout-type vaults and caves and cry out for the rocks of such chambers to fall on them (Revelation 6:14-17).

If you are not a Christian, it’s not the Devil you should fear. You need to fear the ruler of Hell; Jesus.