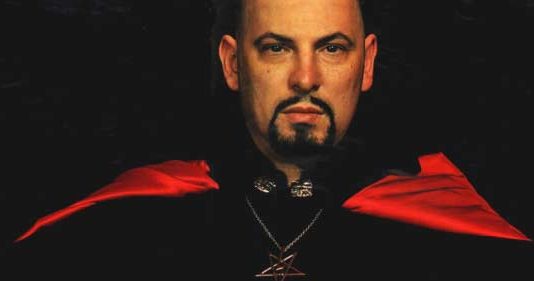 5 Creepy Quotes By Satanists That Will Make Your Skin Crawl

Anton LaVey, the founder of modern Satanism, sought to combine Atheism and ritual into a religion that indulged his fleshly lusts.

It is no doubt then that we can find a myriad of creepy quotes by him and his protégés.

Modern Satanists assert that they do not believe in a personal being called Satan, but rather Satan is a force or concept of their beliefs. Why then do they have creepy rituals where they use proper pronouns addressing a being called Satan?

“In nomine Dei nostri Satanas Luciferi excelsi! In the name of Satan, the Ruler of the earth, the King of the world, I command the forces of Darkness to bestow their infernal power upon me! Open wide the gates of Hell and come forth from the abyss to greet me as your brother (sister) and friend! Grant me the indulgences of which I speak! I have taken thy name as a part of myself! I live as the beasts of the field, rejoicing in the fleshly life! I favor the just and curse the rotten! By all the Gods of the Pit, I command that these things of which I speak shall come to pass! Come forth and answer to your names by manifesting my desires!” -INVOCATION TO SATAN, The Satanic Bible, Anton Szandor LaVey

It seems the children of Satan truly mimic the father of lies (John 8:44).

Pop culture seems to have an obsession with the occult. Contemporary TV shows such as ‘Lucifer‘ and the ‘Chilling Adventures of Sabrina‘ glorify and normalise such practices.

Is there a specific worldview that is pushing this in mass media? Here is a quote by Satanic High Priest, Peter H. Gilmore and see if you can connect the dots…

“We Satanists applaud, and promote, anything that keeps the herd occupied and out of our hair. The world is a beautiful place, once one subtracts a substantial amount of the human populace, so by essentially setting up the means for them to choose to imprison themselves in a virtual world that is at their fingertips in their own homes, we thus are doing the entire ecosystem of the globe a great service.” -The Satanic Scriptures, Peter H. Gilmore, pg 40

Is it outside the realms of possibility that those in executive positions in Netflix, Amazon Prime, Hollywood and the gaming industry have an association or direct involvement with the Church of Satan?

We have written extensively of pornography here at TheoNerds, including what the Bible says, how to block it and it’s adverse effects on those you love.

One of the goals of Satanism is to sexualise children. Is it not a surprise that we are seeing paedophilia being pushed on Netflix and Amazon Prime Video with documentaries such as ‘Cuties‘ and ‘Are All Men Paedophiles?‘?

Anton LaVey was a promoter of consensual paedophilia:

“Satanism condones any type of sexual activity which properly satisfies your individual desires – be it heterosexual, homosexual, bisexual, or even asexual, if you choose. Satanism also sanctions any fetish or deviation which will enhance your sex-life, so long as it involves no one who does not wish to be involved.” -Satanic Sex, The Satanic Bible, Anton Szandor LaVey

Why insert a condition for consensual sex? Should the Satanist not also welcome the rapist? The eighth tenant of the Nine Satanic Statements says:

“Satan represents all of the so-called sins, as they all lead to physical, mental, or emotional gratification!” -THE NINE SATANIC STATEMENTS, The Satanic Bible, Anton Szandor LaVey

Here is another example of blatant contradiction and arbitrary rules exposing the lunacy in satanic thought and the occult as a whole.

“The question arises, “Who, then, would be considered a fit and proper human sacrifice, and how is one qualified to pass judgment on such a person?” The answer is brutally simple. Anyone who has unjustly wronged you – one who has “gone out of his way” to hurt you – to deliberately cause trouble and hardship for you or those dear to you. In short, a person asking to be cursed by their very actions.” -INDULGENCE…NOT COMPULSION, The Satanic Bible, Anton Szandor LaVey

Satanists also advocate eugenics which is selected mating and the killing of the genetically undesirable:

“Satanists also seek to enhance the laws of nature by concentrating on fostering the practice of eugenics.” The Satanic Scriptures, Peter H. Gilmore, pg 23

Should we be surprised that Satanists want to keep child murder legal and state it as a religious right?

I hope you can see that the philosophy that is pushing abortion and debase sexuality in our culture is from the occult. Christians need to know the tools of the enemy (2 Corinthians 2:11). The focus of ministry should not only object to how evil manifests, but it should also address the root of the belief system peddling such matters.