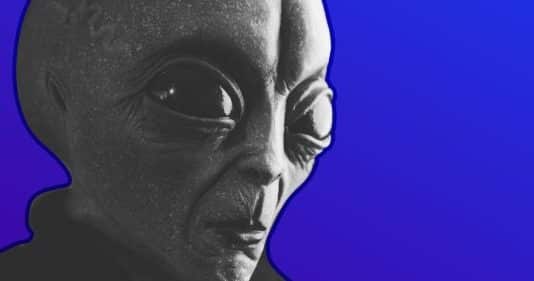 How convinced or skeptical are people about the existence of aliens? What is the primary reason for this belief or lack thereof?

It might come as a surprise that in the UK there are more people who embrace the idea of aliens than God (Source). Since this report is from 2012, we wanted to find an updated general consensus so we asked the internet for their views, this is what we got.

“Do you believe in aliens? What has you convinced or skeptical?“

We intentionally asked an open-ended question to allow honest and various responses.

The results are revealing.

So essentially for every ten people only two would deny the existence of aliens. Of these two people, at least one would be open to the idea of aliens with sufficient evidence.

This means that 90% of people would accept an alien narrative.

Of the majority of those who affirm the existence of aliens they do so with no reason whatsoever. These include responses like “of course I do.”, “there has to be”.

Apart from this, the other majority view of the affirmative was to do with the vastness of the universe, which amounted to responses like: “Life just has to exist out there somewhere.”, “There are too many earth-like planets out there for there not to be life on at least one of them.”

Assuming the underlying assumption that life can spontaneously materialise given the right natural conditions, there still is a logical disconnect to this line of argumentation when properly understanding probability.

Let’s imagine that there are only four planets that exist: planets A,B,C & D.

We inhabit planet A so we know there is life there. We visit planet B and C and discover that both planets have no life.

What is the probability that D has life relative to all the other planets?

If we discover D has no life and suddenly an E planet comes on the scene, the probability it has life is reduced even more (1/4).

So even from our known solar system the probability of life existing on other planets is low.

Therefore, the more planets we find without life, the more unlikely it is that there is other life in the universe.

Questions revolving around the probability of earth-like conditions is redundant because a planet either has life or it does not. Being 99.99% “suited to life” still means that there is zero life.

The question remains for those adopting an abiogenesis or an evolutionary paradigm: “if life evolved from non-life on earth, why has it not done so on other planets?”

Surely if evolution is true, as Darwin would have us believe, the universe should be teeming with life with creatures adapting to live in all types of environments no matter how hostile the conditions appear to us. After all, living underwater would be rather hostile to humans, yet we are to believe that we evolved from fish.

The idea that more chaos will somehow increase the likelihood of order harkens back to pagan notions of order out of chaos or Et Pluribus Unim, out of many one.

This obviously does not follow. More monkeys results in more confusion and only further depletes any probability of Shakespeare’s work materialising from their furious monkey hands.

Many of us at TheoNerds suspect an alien narrative will be hitting the global scene soon. One that will be used as the primary justification to embracing a single world leader who will usher in a new promised age of humanity through technological developments.

This global system is prophesied in Daniel 7 and Revelation 13 in which rebellious man rejects God’s salvation through Jesus Christ and seeks immortality by merging with machines or seeks to enhance their genetics through modifications (Daniel 2:43). A phenomenon Paul the apostle calls a great delusion (2 Thessalonians 2:11).

What is certain is that the alien narrative firstly cannot be separated from the mythology of evolution and abiogenesis.

Secondly, its belief system is inseparable from the religion of scientism which has been universally embraced by all governments as revealed by Covid-19 hysteria.

Thirdly there is absolutely no evidence of life outside of earth and the scriptures attest to this (Genesis 3:20, Isaiah 45:18). The belief in aliens is not only completely irrational, the predominate adoption of such a view can only be explained by decades of social engineering through pop-culture.

For those who doubt the existence of aliens, it is certain that such objections would be quelled with the right so-called evidence (Revelation 13:13-14). Due to the ubiquity of anti-biblical presuppositions, no doubt fuelled by government-enforced indoctrination in public schools and the centralization of media institutions, such a deception would not be hard to achieve.

After all, many have been fooled into believing that Covid-19 is the deadliest disease the world has ever known, even though the death and recovery rates refute such notions.

We are honestly not surprised by these results. What we did not expect, however, was the responses asserting that humans are in fact aliens to this planet. 1/20 believe this, and if this is truly affirmed, then surely an alien saviour/messiah will be embraced without question by these individuals?

An article released by the globalist think tank the World Economic Forum lists 10 predictions for 2030, with number 7 raising the question of discovering alien life.

Be forewarned, the stage for great deception has been set.

Are you ready for it?

Really interesting. Wow Darwin has alot to answer to and makes it clearer how deception will be so easy to fall for. Also reiterates to me how important it is to know God’s word