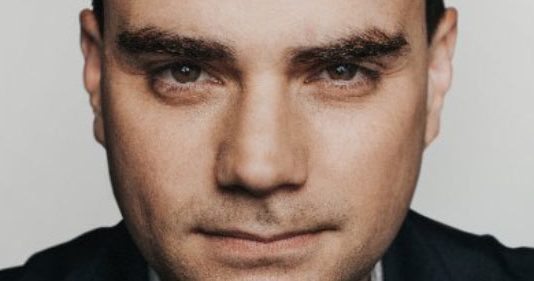 Ben Shapiro’s Ignorance Of The Torah

In an interview with popular podcaster Joe Rogan, Ben Shapiro admits that his Jewish religion is not actually based on the Torah, God’s Word:

Shapiro also holds to ideologies that are in direct opposition to the clear teachings of God revealed to Moses, such as the pagan mythos on origins popularised by Darwin:

This would also explain Shapiro’s contempt for Jesus and any argument demonstrating that He is indeed the promised Passover lamb (Genesis 22:8) and Jewish Messiah (Daniel 9:26). It is no secret that Ben Shapiro hates Jesus and openly mocks His death:

Is Ben Shapiro a Good Debater?

Part of being a good debater is knowing what your opponent believes, adequately articulating it, and then demonstrating its flaws.

Shapiro has no argument against Jesus as the promised Messiah, only ridicule and misinformation.

Shapiro believes Jesus was a Jew that tried to lead a revolt and got what He deserved for leading an insurrection against the Roman government:

This is an inaccurate depiction of the ministry of Jesus in the Gospel accounts and is objectively a spread of misinformation.

Ben Shapiro is Ignorant of Christianity

If Jesus tried to lead a revolt, why was this the very thing He directly told His followers not to do? (Matthew 26:50-54)

Why did He resist when the Jewish masses tried to make Him king forcibly? (John 6:14-15)

Ben Shapiro’s Ignorance of The Torah

Shapiro’s ignorance does not end with the Gospel accounts. It extends to the Torah, Prophets, and Psalms, too.

He states that resurrection is not a Jewish belief, and therefore, Christians have no basis for believing in the Messiah’s resurrection:

Consider the following passages from the Old Testament alone (Torah, Prophets and Psalms) that all point to bodily resurrection:

“But God said to Abraham, “Do not let it be displeasing in your sight because of the lad or because of your bondwoman. Whatever Sarah has said to you, listen to her voice; for in Isaac your seed shall be called.“

“Then God said, ‘Take your son, your only son, whom you love—Isaac—and go to the region of Moriah. Sacrifice him there as a burnt offering on a mountain I will show you.'”

The only way for God to both produce seed through Isaac and sacrifice him is to resurrect him.

“For I know that my Redeemer lives,
And He shall stand at last on the earth;
And after my skin is destroyed, this I know,
That in my flesh I shall see God,
Whom I shall see for myself,
And my eyes shall behold, and not another.
How my heart yearns within me!”

God speaks to Moses through a burning bush and refers to the Patriarchs in the present tense, meaning they are not dead but alive (resurrected).

“I am the God of your father—the God of Abraham, the God of Isaac, and the God of Jacob.” And Moses hid his face, for he was afraid to look upon God.”

Even King David illustrates the notion of resurrection:

“For You will not leave my soul in Sheol,
Nor will You allow Your Holy One to see corruption.
You will show me the path of life;
In Your presence is fullness of joy;
At Your right hand are pleasures forevermore.”

This can’t be a description of David who saw corruption, but of David’s Son and David’s Lord (Psalm 110:1) who was resurrected on the third day.

Has Ben not read the book of Daniel?

“Many of those who sleep in the dust of the earth shall awake, Some to everlasting life, Some to shame and everlasting contempt.”

I guess he was too busy studying law in Harvard to read Hosea:

“I will return again to My place Till they acknowledge their offense. Then they will seek My face; In their affliction they will earnestly seek Me.” Come, and let us return to the Lord; For He has torn, but He will heal us; He has stricken, but He will bind us up.

After two days He will revive us; On the third day He will raise us up, That we may live in His sight.“

Again, no sign will be ,given the Jewish people apart from that of Jonah (Matthew 12:39):

“Now the Lord had prepared a great fish to swallow Jonah. And Jonah was in the belly of the fish three days and three nights. Then Jonah prayed to the Lord his God from the fish’s belly. And he said:

‘I cried out to the Lord because of my affliction, And He answered me. Out of the belly of Sheol I cried, And You heard my voice.'”

Apparently, Shapiro’s feelings about Jesus make him blind to the facts in the Torah.

God resists the proud and gives grace to the humble. He does not need excellence, riches, or wit. Does God not use the weak and foolish things through the Torah to confound the wise of this age?

Was not Moses used in much weakness of speech, age, and reputation? But, nevertheless, God was well pleased to use him to lead His people out of occultic captivity in Egypt through many judgments.

So too, Jesus in weakness died as our Passover lamb, and will lead his people out of the occultic captivity of a global government through many judgments. He will return and establish the throne of David once again, ruling with a rod of iron among His enemies (Psalm 2).

As we see the Day approaching, those elect Jews who are to be circumcised in heart will see the salvation of God (Exodus 14:13): Yeshua.