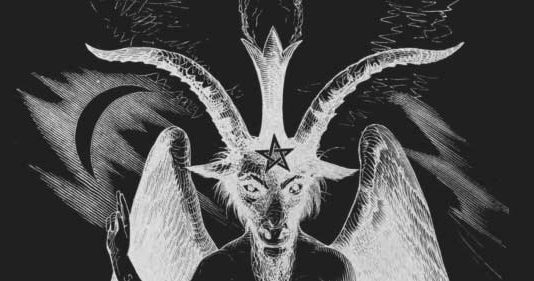 The philosophies of Freemasonry and the Masonic Lodge have had a significant impact on popular culture. You can see their òccultic influence in The Lego Movie, and Avatar: The Legend of Korra, to name a few. They’ve even plastered their symbols on American money!

So, what is behind this mystery organisation, and what do they espouse? Can Christians be involved in the Lodge? Well, here are some hair raising quotes from the mouths of Freemasons that will keep you up at night.

Albert Pike was the Grand Commander of the Supreme Council from 1859 until 1891 in Washington DC. His book Morals and Dogma is a staple in Masonic thought.

Seeking to unite the Lodges, Pike sent a letter for those at the 1889 Supreme Council convention in Paris, France to read. This letter was then intercepted and published. The letter included the following instructions to the highest Lodge members:

“That which we must say to the crowd is – We worship a God, but it is the God that one adores without superstition. To you, Sovereign Grand Inspectors General of the 33rd degree, we say this, that you may repeat it to the Brethren of the 32nd, 31st, and 30th degrees – The Masonic religion should be, by all of us initiates of the high degrees, maintained in the purity of the Luciferian doctrine.

If Lucifer were not god, would Adonay (the God of the Christians) whose deeds prove cruelty, perfidy and hatred of man, barbarism and repulsion for science, would Adonay and His priests, calumniate Him?

Yes, Lucifer is god, and unfortunately Adonay is also God, for the eternal law is that there is no light without shade, no beauty without ugliness, no white without black, for the absolute can only exist as two gods. darkness being necessary for light to serve as its foil, as the pedestal is necessary to the statue, and the brake to the locomotive.”

Freemasons say this quote was part of a hoax involving a prankster named ‘Leo Taxil’. The allegedly fabricated letter was “uncovered” as a prank 20 years or so after the fact. Such an argument could hold water if Freemasonry weren’t so friken’ weird, and if other Freemasons had not published similar sentiments about Lucifer:

“When the Mason learns that the key to the warrior on the block is the proper application of the dynamo of living power, he has learned the mystery of his craft. The seething energies of Lucifer are in his hands and before he may step onwards and upwards he must prove his ability to properly apply (this) energy.”

Creepy Quote #3 – Tongue Torn Out By Its Roots

Want to run a Lodge? Well, you happen to be in luck. The book Duncan’s Masonic Ritual and Monitor will give you the proper instructions of initiating members through secret oaths:

“I most solemnly, sincerely promise and swear, with a firm and steadfast resolution to perform the same, without any mental reservation or secret evasion of mind whatever, binding myself under no less penalty than that of having my throat cut across, my tongue torn out by its roots, and my body buried in the rough sands of the sea, at low-water mark, where the tide ebbs and flows twice in twenty-four hours, should I ever knowingly violate this my Entered Apprentice obligation.”

Want to move up the ranks? Well, you need to be wholeheartedly committed to secrecy:

“…binding myself under no less penalty than of having my breast torn open my heart plucked out, and placed on the highest pinnacle of the temple (some say, My heart and vitals taken from thence, and thrown over my left shoulder, and carried into the valley of Jehoshaphat, &c., &c.), there to be devoured by the vultures of the air, should I ever knowingly violate the Fellow Craft obligation.”

“All this I most solemnly, sincerely promise and swear…binding myself, under no less penalty than that of having my body severed in two, my bowels taken from thence and burned to ashes, the ashes scattered before the four winds of heaven, that no more remembrance might be had of so vile and wicked a wretch as I would be, should I ever, knowingly, violate this my Master Mason’s obligation. “MASTER MASON, OR THIRD DEGREE, PREPARING THE CANDIDATE, Duncan’s Masoic Ritual and Monitor, by Malcom C. Duncan, [1866]

Why such severe punishments for leaking Lodge practices? Well, because the Lodge espouses devil worship and ancient pagan philosophy- topics of which nations with majority Protestant or Roman Catholic cultures would have greatly condemned.

Due to the secrecy and the various flavours of underground Orders, seeking to understand and correctly respond to the mess that is Freemasonry is a time-intensive and challenging pursuit. The mixture of ancient pagan ramblings and self-contradictory assertions (James 3:13-18) makes the teachings of the occult difficult to wade through.

The scriptures say to be simple concerning evil (Romans 16:19). The way to save yourself from intensive study is to know your Bible well. Do this, and you can refute any false idea.

Suppose you do want to go down the rabbit hole, however. In that case, I suggest reading Scarlet and the Beast – A History of the War between English and French Freemasonry and familiarising yourself with Bill Cooper’s Mystery Babylon series.

I Said Nothing In Secret

Jesus said nothing in secret and His doctrine was known publically (John 18:20). Freemasonry stands in direct opposition to the way Jesus conducted His earthly ministry. Paul the apostle says to expose evil deeds done in darkness Ephesians 5:11-12.

We stand opposed to the darkness of the occult because the light and truth of Christianity is not veiled in dwellings with no windows and checkered floors. It is placed on a stand for all to see (Matthew 5:14-16).

Everyone is a Karen now. The world cant handle the truth then nor now. Secrecy of beliefs have to be kept. Im not a mason but I uncovered soooo much. Everything is not as it seems. Footprints in the sand… Read more »

Hey Zo, thanks for writing this. Once you’ve seen their signs and symbols, you can’t go back to the blissful state of un-knowing. I’ve had to do a lot of contemplation and prayer regarding that. I feel like it would… Read more »

Hi Brandon, thanks for your encouraging comment! Glad to see that you are becoming increasingly aware of the spiritual forces around us (Ephesians 6:12-13) and that your hope is in the power of God to deliver His people from evil!… Read more »

Really good article.. Love the way you bring us back to God’s word. Well done

Thanks Diana! Glad you found it helpful.