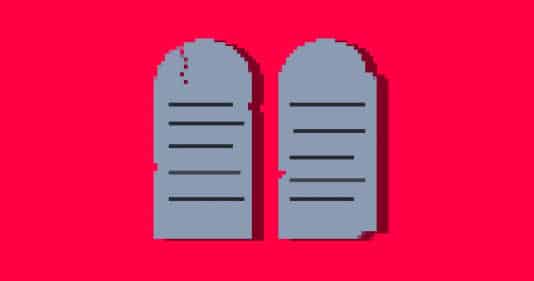 Thou Shall Not Meme: How Christian Meme Sites Are Destroying Healthy Debate

Memes are a powerful way to quickly communicate a proposition and generate an emotional response. Since this is the exact way that Facebook operates with regards to its algorithm and pushing content, they are extremely popular and thrive on the platform.

Due to their popularity, many Facebook pages have been created solely to produce memes for Christians, such as:

These were found with a few searches in about 5 minutes of research. I’m sure the list is even more extensive than this.

What Does The Scouter Say About Their Meme Level?

Many of these memes are harmless, fun and rather witty. However, there is a negative side to Christian meme culture.

Many Christian Facebook groups have banned Christian memes and for good reason. One reason is due to the sheer volume of them- people don’t want a feed of eternal Christian memes (someone will probably make a Facebook page named that). Another reason is that a great number of memes sow discord rather than bring godly edification.

God Hates Discord- And We Are Not Talking About The App

A culture is developing whereby rhetoric and humor have replaced humility, sound exegesis and Berean-like investigation, and this is the crux of the issue with Christian memes. It is easy to mock or belittle a position you disagree with. It is harder to justify your own position convincingly from scripture with meekness. A lot of these sites simply throw stones and do not add to the conversation. Ridicule is not an argument.

I have noticed and indeed experienced, that when a meme thread is challenged the usual retort is “it’s just a joke”, “you must be fun at parties”, and “this is not a church and we are not your pastors”. But is it really a joke to mock other Christian believers who differ with you on secondary issues?

I see that Paul the Apostle’s love for his fellow Christian was so endearing that he would never eat meat again if it caused them to stumble (1 Corinthians 8:13). I see commands to “strive to keep the unity in the bond of peace” (Ephesians 4:3) and to “impart grace” to others (Ephesians 4:29).

Are memes a good way to respond to the doctrine you disagree with? No, an open Bible and face-to-face conversation would be the biblical framework.  Can I encourage you to love people enough to take the effort to open a Bible and labor over the Word together? This will have a far greater impact than sharing a meme.

And before you shout “false dichotomy”, examine whether the length of time that you spend sitting down with someone to explain a difference in doctrine is proportionate to the number of memes you share.

So ya, there is a problem with meme culture.