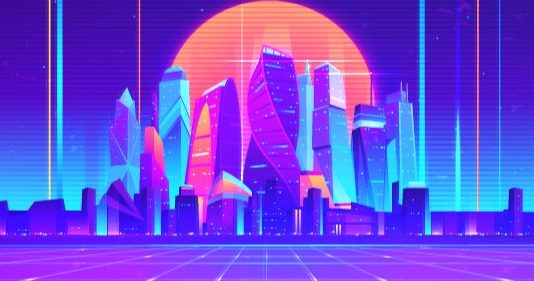 Eschatology: We Can’t Be In The Millennium – Here’s Why

A careful reading of Revelation 19 demonstrates that it is impossible for us to currently be in the Millennium, even if the Millennium is an allegorical, unspecified period of time between Jesus’ ascension and His return.

Revelation 19:17-21 describes the Beast and False Prophet being captured and thrown into the lake for fire before the Millennium in Rev 20.

After the Millennium, the Devil is described as being thrown into the lake of fire where the Beast and False Prophet are Rev 20:10.

Therefore, if we are in the Millennial age, then the Beast and False Prophet must currently be in the lake of fire.

This can’t be the case as Paul describes the revealing of the man of sin (the Beast) to be a future event, who is destroyed by the coming of Christ in 2 Thessalonians 2:1-12.

If the hermeneutic approach is to assume clear statements of contradiction are in fact repeated events, but described in different terms, then why can’t Revelation 21 be applied in the same way when reading Revelation 20? If Revelation 19:9-20 and Revelation 20:7-10 is not assumed in a straight forward reading then the reader is forced to adopt a method of interpretation that will quickly lead them into Full Preterism, if embraced consistently.

These passages prove to be an irreconcilable sequence of events that compromises the foundations of both Amillennialism and Postmillennialism.

The Earliest Christian Writers Deny We Are In The Millennium

We are to continue in the apostles’ doctrine (Acts 2:41-43). If there is no mention among the earliest Christian writings of an allegorical understanding of the Millennium, then there is a strong inductive reason to believe the Apostles taught a literal Millennium.

Not only do the scriptures clearly state we are not currently in the Millennium but the earliest Christian writings outside the Bible state the case.

The Ante-Nicene Fathers is one such collection of writings.

Whenever the term “Millennium” appears in this collection of works, it’s always from the perspective of a literal 1000 year reign. This is easy to do through a word search using the free software e-Sword (let me know in the TheoNerds Discord if you need help setting this up).

Here is one example of how Eusebius reflects upon the oral tradition passed down to him by Aristion, which he claims was also communicated by the Apostle John:

“Amongst these he says that there will be a millennium after the resurrection from the dead, when the personal reign of Christ will be established on this earth. He moreover hands down, in his own writing, other narratives given by the previously mentioned Aristion of the Lord’s sayings, and the traditions of the presbyter John.” -Eusebius, 18, Ante-Nicene Fathers, Volume 1

Notice how the resurrection proceeds the physical reign of Christ on earth. This is the “first resurrection”, the partial resurrection of the saints who died during The Great Tribulation (Revelation 20:4-5).

There are other mentions of a literal Millennium, such as Chap. V. – The Mystery of the Tabernacles. Ante-Nicene Fathers, Volume 6 if you want to chase that down.

Does God Need Our Help?

Both Amillennialism and Postmillennialism view the 1000 years described in Revelation 20 as an allegorical and unspecific time. Premillennialism, on the other hand, is the only view that states that the binding of the Dragon (the Devil) for 1000 years is absolute, literal, and specific.

Amillennialism, and some Postmillenials, will state that we are currently in the Millennial age, a time in which the Devil is bound (not in an absolute sense) and the Gospel advances to the ends of the earth before Jesus returns.

The reality is that the advancement of the Gospel to the ends of the earth is affirmed by all three positions. The dispute has to do with the nature of the binding of the Devil and the time surrounding this period.

It is also worth pointing out that Christ does not reign for 1000 years; the Millennium describes the Dragon (the Devil), who is bound for this period and is then again shortly released and thrown into the lake of fire.

When Jesus returns, He reigns forever.

Unfortunately, many Christians are confused about the mission of the church due to a misunderstanding of ecclesiology (the study of the church), usually popularized by celebrities via social media, that gets wrapped up in discussions on Eschatology.

There is a view that Christians are to be involved in social justice / political movements with an obligation to prosper materially (dominionism). This will eventually lead to the church having universal social and political influence.

However, the mission of the church is not to transform the world, but rather to call God’s people out of it by pointing them to a Kingdom that does not fade away (1 John 2:15-17). In fact, Isaiah 26:9 states that the world will learn righteousness through God’s supernatural judgments, not by preaching the Gospel.

Just like the campaigns to subdue the land of Cannan did not require the Israelites, so too does the subjection of all nations under the King who rules with an iron scepter require our assistance. The Great Commission is merely our joyful duty (Luke 17:10).

With all of this in mind, what has you convinced or unconvinced that we are not in the Millennium?