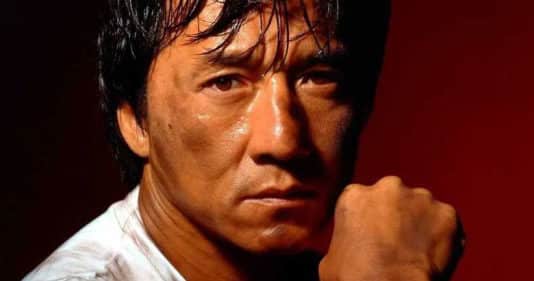 Jackie Chan is an action stuntman extraordinaire. Having carved out a reputation in the West for performing all his own acrobatic and daring stunts, he has also proved to be a phenomenal fight scene choreographer and film director.

There is a common element to Jackie Chan’s fight scenes that make them so entertaining and interesting to watch: he utilizes his environment and surroundings to his advantage and leverages this against those who are attacking him.

There is no better example of this than the infamous “Ladder Fight Scene” of the 1997 First Strike action-adventure flick. Check it out below.

This concept is straight out of the Art of War:

“Water shapes its course according to the nature of the ground over which it flows; the soldier works out his victory in relation to the foe whom he is facing.Therefore, just as water retains no constant shape, so in warfare there are no constant conditions.He who can modify his tactics in relation to his opponent and thereby succeed in winning, may be called a heaven-born captain.” -Part 6:31-33

It is sound advice to be adaptable in combat and not learn formulas or serums when in battle. This is the key to mastering any art, to not only know how to do something but when to execute and to adapt your methods to the challenges in front of you.

The Captain of God’s Army

What is fascinating is that Joshua before entering the promised land is met with an individual who is the “Captain of God’s Army”. This individual explains the unique battle tactics to Joshua for him to follow in the campaign to sack Jericho and is what many theologians would call a “Christophany”, a preincarnate manifestation of Jesus Christ (Joshua 5:13-6:5).

It makes sense that we develop an evangelism strategy from the master tactician, Jesus Christ. What you will notice in the Gospels is that Jesus uses common and familiar things around Him and others to explain spiritual truths such as wheat grain, (John 12:23-26), ploughs (Luke 9:61-62) and the wind (John 3:7-8), to name a few.

This is also seen when Jesus is dealing with individuals. There is no script or formula, He deals with each individual uniquely. He calls out the adultery of the woman at the well and her idolatry of religious spaces (John 4). He tells the young rich ruler to sell all and follow him, exposing his love of this world (Matthew 19:16-22). He tells Nicodemus the importance of being born again (John 3:1-21).

There is an overarching theology and assumption that God’s Word is true which guides all these conversations. This is where our apologetics and evangelism should be grounded: in sound theology that reasons from the position of the scriptures being true and authoritative.

We should seek to become all things to all men to win some to Christ (1 Corinthians 9:19-23). This means adapting our language, methods and styles of evangelism and apologetics to maximize effectiveness of communication and the delivery of the Gospel. It is not good enough to learn a script or an argument and use it indiscriminately from person to person. The apostles and Jesus did not do this.

This is why we have released resources that can help you reach geeks using The Lord of The Rings, Fortnight and even Doom. We can and should use the poets of this age or anything around us that is relevant and useful to promote Christian truths and seek to win those around us for Christ.