4rmLionOJ on Christian Hip-Hop: 5 Of The Most RAW Songs of All Time 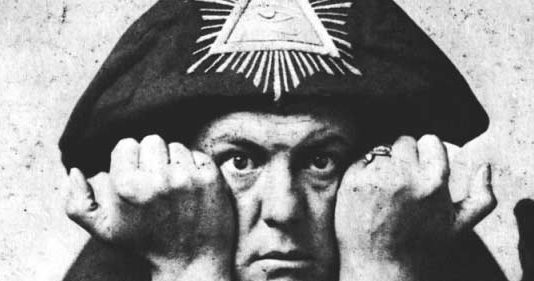 Who Was Aleister Crowley? What Did He Teach About Magick?

Aleister Crowley was a Luciferian who considered himself the Beast of Revelation that would usher in a new aeon (age). He established an occultic sect called the Golden Dawn that featured many influencers of his time, such as W.B. Yeats.

He popularised the use of drugs, performed sex magick rituals, communicated with demons, and he was a proponent of child sacrifice:

“For the highest spiritual working one must accordingly choose that victim which contains the greatest and purest force. A male child of perfect innocence and high intelligence is the most suitable sacrifice.” -Aleister Crowley, Magick in Theory and Practice, XIII: OF THE BANISHINGS; AND OF THE PURIFICATIONS

Crowley is the reason backwards masking became a trend in the 70’s due to his fondness of reversing or inverting media to communicate hidden messages.

What Did Aleister Crowley Teach About Magick?

Notice the “k” in Magick. Crowley describes this term he invented in his book Magick in Theory and Practice:

“I found myself at a loss for a name to designate my work, just as H. P. Blavatsky some years earlier. Theosophy, Spiritualism, Occultism, Mysticism, all involved undesirable connotations. I, therefore, chose the name MAGICK” -Magick in Theory and Practice, XII

“…the Science and Art of causing Change to occur in conformity with Will” -Magick in Theory and Practice, XII

Essentially, Crowley taught that the individual is God and can do whatever they want; however, he also taught magicians who followed his rituals to summon demons:

“In the course of this Training, he will learn to explore the Hidden Mysteries of Nature, and to develop new senses and faculties in himself, whereby he may communicate with, and control, Beings and Forces pertaining to orders of existence which have been hitherto inaccessible to profane research, and available only to that unscientific and empirical.” -Magick in Theory and Practice, XXII

Crowley noticed the limits of human reasoning and empiricism. Somehow, however, he concluded that this was empowering when, in fact, it is a fundamental flaw in his philosophy and worldview:

“Man is ignorant of the nature of his own being and powers. Even his idea of his limitations is based on experience of the past, and every step in his progress extends his empire. There is therefore no reason to assign theoretical limits to what he may be, or to what he may do.” -Magick in Theory and Practice, XVI

Blatant contradictions are a common trait in occultic writings and philosophies that are merely an assortment of older pagan works.

Understanding the occult is essential as the book of Revelation states that sorcery will be commonplace in the last days:

I would just like to point out that the word ‘Sorcery’ as used in this Rev. 9.21 is Pharmakeia – (Greek: φαρμακεία) [Strong’s 5331] – is defined at “the use or the administering of drugs”.
..A pertinent fact today, more than ever. I’ll leave you to dig a bit deeper on that and draw your own conclusions. May you and yours be free from the spirit of fear and guided by Truth. Amen.

Yes I’m familiar with that connection which is very interesting indeed seeing the cult of medics pushing their “science” on us.

It was common for drugs and hallucinogenics to be used in occult ceremonies so the term in the NT can be synonymous. In fact, Crowley wrote a book about his drug use.

Could be great to continue this on our Discord server!

Zo
The Hunter. Having played too much World of Warcraft, Zo developed skills in tracking, hunting and trapping. Now seeking to redeem the time, Zo uses these skills to find nerdy stuff for you to enjoy. Has a fondness for coffee, presuppositional apologetics and drum & bass.
Tabletop Games