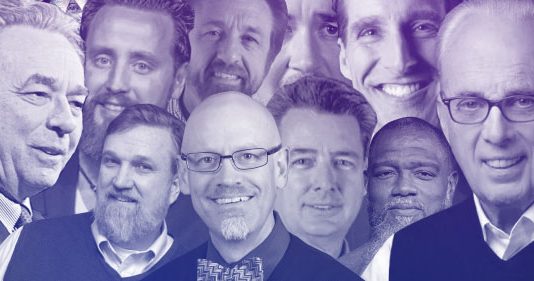 Have you ever thought about what would be the biggest doctrinal threat to the global church today? Is it Islam, Mormonism, Russellism, Roman Catholicism or even the Black Hebrew Israelite Movement?

Interestingly enough, when studying eschatology, one will come to find that the word’s final religion is none of these systems of thought, but a religion that the majority of full-time, well established, para-church apologetics ministries of reformed and evangelical traditions sadly never mention.

That religion is Luciferianism.

He causes all, both small and great, rich and poor, free and slave, to receive a mark on their right hand or on their foreheads, and that no one may buy or sell except one who has the mark or the name of the beast, or the number of his name.”

Luciferianism is the worship of the person Lucifer (whom the beast embodies) with the embrace of all forms of lawlessness (2 Thessalonians 2:7).

What are the means of this religion’s universal embrace? Daniel 7 and current events would suggest that it is through the political and economic system of technocracy that brings this religion to its head through intrigue (Daniel 11:21). Another topic sadly omitted from the same groups.

Try find anything these groups have done on Freemasonry (which is the most influential and widespread religion on earth), or technocracy (the leading philosophy of globalism today), and your search will tragically return nothing, or very little, on these vital subjects.

What is even stranger is the groups that dedicate large portions of their time addressing Mormonism and Jehovah’s Witnesses never seem to mention the fact that both founders of these religions, Joseph Smith and Charles Taze Russell, were practicing Freemasons and Luciferians!

If online apologetics ministries themselves lack the discernment to understand the enemies’ key advances, why should any Christian continue to listen to them?

Have you ever heard a Christian group talk about the economic monopoly of Vanguard, the system of enslavement that is modern banking, or the reasons behind big tech surveillance?

If there is little-to-no understanding of how our world currently operates today (earthly things), then how can we trust their explanations of heavenly things (John 3:12)?

Could this be the beginning of the end for para-church ministries?

Christianity As A Business?

Have you ever heard a para-church ministry expound Proverbs 23:23?

If Jesus and His ministry is to be a model of replication, then we will notice that He never sold merchandise or services to financially support His work.

Jesus’ mission ran solely on a donation basis (John 12:4-6). Likewise, Paul worked with his own hands as a tentmaker to support his mission (Acts 18:3), alongside receiving donations from local churches (Philippians 4:15-18). Both men were poor and persecuted, if Christianity is the cause of one’s wealth, then it is likely they are neglecting the whole counsel of God.

This culture, in recent times, has largely developed from the USA but seems to have its roots in Europe with George Müller noting the problem in his day:

“I was growing in the faith and knowledge of Jesus, but I still preferred reading religious books instead of the Scriptures. I read tracts, missionary newsletters, sermons, and biographies of Christian people.

God is the author of the Bible, and only the truth it contains will lead people to true happiness.

A Christian should read this precious Book every day with earnest prayer and meditation. But like many believers, I preferred to read the works of uninspired men rather than the oracles of the living God. Consequently, I remained a spiritual baby both in knowledge and grace.”

-The Autobiography of George Muller, by George Müller, The Prodigal’s Return: Chapter 2

When salaries have to be paid, is it not possible that temptation arises where the message will be compromised by decisions designed to generate income instead of faithfully proclaiming a needed and relevant message of truth to the nations?

George Müller continues by noting the dangers of receiving a salary from the ones you are supposed to be feeding:

“About this time, I began to have conscientious objections against receiving a salary by renting pews.

According to James 2:1-6, this practice is against the mind of the Lord because the poor brethren cannot afford as good a seat as the rich.

A brother may gladly give something toward my support if the choice is up to him. But when he has other expenses, I do not know whether he pays his money grudgingly or cheerfully, and God loves a cheerful giver.

The renting of pews is also a snare to the servant of Christ.

Fear of offending those who pay his salary has kept many
ministers from preaching the uncompromising Word of God.”

Christians must always be on guard of preachers or groups who only tell us what we want to hear.

Paul reminds Timothy that in the last days people will abandon the whole counsel of God and will find and financially support preachers who do exactly this:

“I charge you therefore before God and the Lord Jesus Christ, who will judge the living and the dead at His appearing and His kingdom: Preach the word!

Be ready in season and out of season. Convince, rebuke, exhort, with all longsuffering and teaching.

For the time will come when they will not endure sound doctrine, but according to their own desires, because they have itching ears, they will heap up for themselves teachers; and they will turn their ears away from the truth, and be turned aside to fables.”

Jeremiah was also plagued and opposed by false prophets preaching irrelevant messages of comfort and peace when judgment was imminent:

“The wise men are ashamed,
They are dismayed and taken.
Behold, they have rejected the word of the Lord;
So what wisdom do they have?

Therefore I will give their wives to others,
And their fields to those who will inherit them;
Because from the least even to the greatest
Everyone is given to covetousness;
From the prophet even to the priest
Everyone deals falsely.

For they have healed the hurt of the daughter of My people slightly,
Saying, ‘Peace, peace!’ When there is no peace.”

No doubt, many avoid the dark subjects of Freemasonry and its overwhelming influence in all industries for fear of being labelled a conspiracy theorist or appearing foolish. Ironically, the scriptures teach this exact reality, that Lucifer and his servants are usurpers and are the temporary masters of this current age (Luke 4:5-7, 2 Corinthians 4:3-4).

The Fleeting Battle Of Attention

Many online apologetics ministries are now adopting strategies of the world: click-bait, sensationalism and reaction videos on platforms such as YouTube without realising they are being socially engineered to create content this way by Google and other big tech giants.

This is also manifest in the self-censorship of words such as “vaccine” and “Covid-19” on these platforms for fear of having their reach throttled on the platform.

These are all desperate attempts to jump on trends by seeking means, other than the truth, to stay relevant.

Paul tells Timothy that the gospel cannot be hindered by persecutions:

“At my first defense no one stood with me, but all forsook me. May it not be charged against them.

But the Lord stood with me and strengthened me, so that the message might be preached fully through me, and that all the Gentiles might hear. Also I was delivered out of the mouth of the lion.

And the Lord will deliver me from every evil work and preserve me for His heavenly kingdom. To Him be glory forever and ever. Amen!”

Has a departure from relevant truth caused many Christians to become disenfranchised with many para-church groups? Have these groups now had to implement strategies of the world to stay in people’s feeds?

Rend Your Hearts Not Your Wallets

Many of these groups cover important topics and contribute many valuable works, however, it cannot be denied that there is a growing rise of clickbait and sensationalism many Christian groups are implementing while ignoring key topics of relevance today (such as the influence of Luciferianism).

The examples included here don’t cover the most extreme variety of this online culture.

This is of course not true of all para-Chruch ministries. Groups that have faithfully addressed Freemasonry and the influence of the occult in society, or who have at least acknowledged it include:

The commercialisation of Christianity in Reformed and Evangelical circles is also a problem that needs more public outcry.

Why do you think so many online ministries do not cover the topics of Freemasonry or technocracy? Let us know in the comments below.

Atheists want to say that they don’t have a worldview so that they can put the burden of proof on those they revile, while never justifying their own presuppositions. I’ve talked to enough atheists to know that the phenomenon is… Read more »

Although they aren’t mainstream, the “Pulpit & Pen” discernment “ministry” has actually compiled (and still keeps updating) a list of resources to expose the Freemasonry occult!They also have a clip of where John MacArthur also exposes this movement.

That’s a great resource to have! I’ve updated the article to include a link to that page – thanks for sharing. I’m glad to see that the P&P seem to have repented regarding the use of clickbait and sensational language,… Read more »