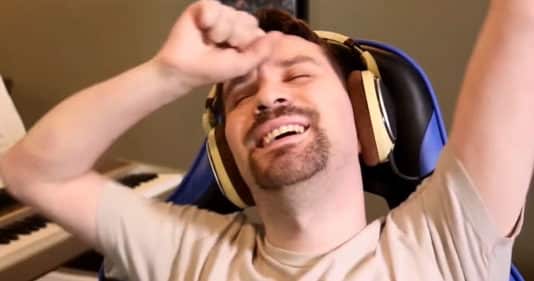 If you were ever a follower of the StarCraft Esports scene, chances are you would be familiar with the US Zerg competitor named Destiny.

Since StarCraft has taken a dive in popularity, Destiny has transitioned to being a social, political and religious commentator.

Turns out that Destiny butted heads with a presuppositional apologist that goes by the pseudonym of Darth Dawkins, and lets just say, it did not go too well for team Destiny.

Destiny, I Am Your Father

This exchange between Destiny and Darth Dawkins was conducted over Discord and has been broadcasted on Destiny’s YouTube Channel in a video titled “How Do You Justify Your Belief?” with a thumbnail that depicts Destiny as a god-like character captioned “Is God Real?”

Within the first 90 seconds, Destiny is placed between a rock and a hard place.

Destiny asserts that belief in God is not rationally justifiable.

Darth Dawkins then explains that in the Christian worldview, God represents the absolute. Destiny agreed with this working definition of God.

Darth Dawkins then asks Destiny if his rejection of God is subjective or absolute.

Destiny replies “I can’t answer yes or no.” and tries to change the topic. He continues to demonstrate a complete lack of reasonableness and even accuses Darth Dawkins of trolling as Darth confronts him on his evasion tactics.

Life Is Not A Game

Many atheists, and particularly those who have a gaming background, approach conversations about transcendence, truth, logic and morality like a game.

They think that with skill and practice they can master the art of debate and humiliate and confound their inferior opponents in the same way that they defeat opponents in a video game.

The problem is that we live in God’s reality, and life is no game. Atheist fails to see that they start this “game” in checkmate while lying dead on the board.

Usually, they ignore the intellectual insufficiency of their own position even when it has been clearly demonstrated to be self-condemning. When this is demonstrated their continued denial is only an expression of their emotional attachment to a certain anti-Christian persuasion. Theologians have a big technical term for this phenomena; it is called “love of sin”.

The problem is that Destiny has a god complex and thinks his ability to reason or experience this world is equated with God’s perceptions. It’s impossible to reason with anyone with such hubris. I also think Darth can come off… Read more »

Except both went to presuppositionalism and after that it’s a lose-lose. Dawkins can’t prove that God exists without appealing to Revelation and Destiny can’t disprove God’s existence without assuming that at a foundational level his knowledge towards existence is limited… Read more »

It would be like trying to prove words exists 😂 A ridiculous debate.

Unfortunately, you can’t wake people up who are pretending to be asleep.