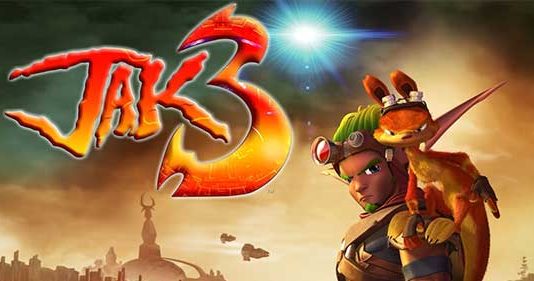 A few weeks ago, my mother dropped off the last of my stuff from her house. Included amid the mess of childhood trinkets was my old PS2, complete with memory cards and PlayStation games.

I held one of the memory cards in my hand and thought, “I wonder how much would be worth?”

You see, I’m a millennial, and that means that I grew up with the Naughty Dog games. When I was a child, I played Crash Bandicoot. In my tweens, I collected Power Cells and liberated Haven City in the Jak games. In my mid-to-late teens, I uncovered secrets and explored for rare artefacts as Nathan Drake. I permanently transitioned to PC gaming after the PS3, so I never played the Last Of Us series.

Out of all these franchises, however, Jak and Daxter stood out the most- the vibrant open world without loading screens, phenomenal voice acting, animated cutscenes, intriguing characters, and exciting and varied gameplay. I really enjoyed the Jak games and wanted an MMO in the series to exist.

This memory card in my hand held all my saved games. Games such as Jak and Daxter: The Precursor Legacy with all 100 Power Cells collected, all the secrets in Jak 2: Renegade unlocked, all 600 Precursor Orbs retrieved in Jak 3 (with the green scarf, which I was greatly disappointed with at the time), and even all secret characters and vehicles unlocked in Jak X: Combat Racing through completing Daxter on the PSP.

Having a son now, I wanted to introduce him to the world of Jak and Daxter as I remembered it in my pre-internet days. However, I’ve since discovered that some things are best left in the past. Here are four things that went straight over my head as a young whippersnapper in the early 2000’s.

Jak Is A Terrorist

I hadn’t noticed how despicable of a character Jak is in the second instalment of the series; Jak 2: Renegade. Jak is a gangster working for a weapons smuggler called Krew that cares only for revenge against Baron Praxis, the man responsible for pumping him with Dark Eco in a failed super-soldier experiment. You are made to feel like a hero on an adventure, but in reality, you play a villain, gangsta and terrorist.

This change of character from the first game to the second game is even acknowledged within the series:

“Keira: And you’re a good judge of character? Hah! Look at you, people say you get angry and change. Besides, the Jak I knew wouldn’t be working for a guy like Krew. “(Source)

The world of Jak 2 was darker than I remembered, and the immorality of the game’s missions escaped my notice as a kid.

The Naughty Dog Developers Are Perverts

I never remembered the Jak and Daxter series as one that objectified women. If you would have said to me, “did you know that if you stand behind a female character who is leaning over, Jak will look down at her rear?”, I would have denied it.

Well, it’s true. Upon playing these games again, Naughty Dog’s depiction of women in a children’s game is unacceptable and downright perverted.

All the women in the series are inappropriately animated and clothed in skin-tight shorts and tops. All their midriffs are exposed, and cleavage is laid bare for all to see. Even the underwear of one female character, Ashelin, can be clearly seen.

This character, Ashelin, also states the following in the model viewer (a feature players can unlock by collecting Precursor Orbs):

“Would I be willing to take off more clothes in the next game? Oh, honey, you couldn’t handle me with less clothes.” (Source)

Daxter observes the cleavage of a character called Tess in Act 1.42: Whine, Women, and Song, in which the player sees from Daxter’s perspective. Yes, Naughty Dog thought it appropriate to show children a close up of the cleavage of a female character. Daxter also makes multiple inappropriate sexual innuendos throughout Jak 2 and 3:

“Tess: Ooh, what a big trophy!

Daxter: As if size matters? I bagged that bad boy myself, baby.” (Source)

“Daxter: …Isn’t it kinda nice to just curl up in the shade sometimes? Just chillin’ it; watching the hot babes prancing around in their skimpy little bikinis, you know, just how they jiggle. I get that special tingling feeling in my… tail. ” (Source)

Most of these types of sexual references went over my head as a child; however, I can’t help but think how damaging this messaging is for young boys. These games normalise lust and program young boys to objectify women.

The Day Star is the title used by Peter the apostle in the New Testament when referring to Jesus Christ (2 Peter 1:16-21). After describing Jesus in this way, Peter encourages Christians to endure hardships because Christ will return, destroy the world and bring in a glorious and everlasting Kingdom (2 Peter 3:10-13).

The whole plot of Jak 3 is to thwart the destruction of the world from an alien race boarded upon a spaceship called the Day Star. Saving the world from destruction- or judgement- is a common motif in popular culture. I guess Naughty Dog are playing their part in brainwashing the masses into thinking that they can overcome the Lamb when He returns in glory to destroy the wicked.

The Strange Gets Stranger

It turns out the villain who has been responsible for all of Jak’s woes is a Christian-type character by the name of Veger. Veger carries a book and staff and uses biblical-type language, such as referring to Jak as impure and an abomination (Source), speaking of people burning “in the Precursor fires of creation! “(Source) and frequently referring to the “mercy” of the Precursors (Source).

An interesting similarity is in Veger’s name with that of an office in the Church of England known as a verger. A verger is an individual who carries a staff and assists in organising church services.

Veger’s ultimate goal is to become like his makers, the Precursors. He believes his study of ancient Precursor writings and artefacts, along with transforming into their likeness, will enable him to battle the world’s evils. Basically, the enemy in the Jak universe is an individual who strongly represents Christians.

Upon defeating the Day Star, Jak is offered to ascend into the heavens with the creators, the Precursors, but he rejects this high call to be with his friends. Yikes…

I loved this series growing up. I literally completed everything in all the instalments. We have a tendency to look back at the past with rose-tinted glasses, and I certainly did this with the Jak games. What we enjoy as entertainment, however, must always fall under the authority of God’s truth. We must never forget that the world is not neutral, it is after the hearts and minds of our children. Be diligent in bringing everything captive unto Christ, even the things from the past that you thought were safe.

As for playing the Jak games with my son, I think we’ll give it a miss and stick to the Crash Bandicoot series.

Good analysis. I never played these games. However your point about the common trope of saving the world from impending judgment or destruction (typically from the heavens, I might add) is something I have been thinking a lot about. I… Read more »

I’d love to listen to your podcast, please link it here! 🙂

If you are interested in this topic you should check out Good Fight Ministries, they have done a lot to uncover this theme in many films.