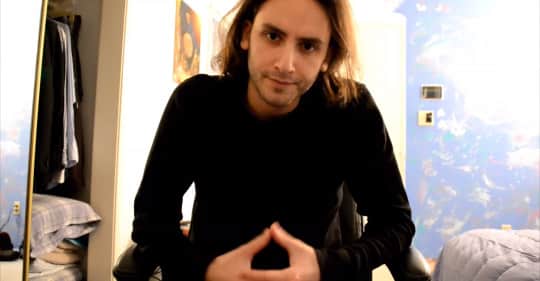 Byron Bernstein also most notably known as “Reckful” is a World of Warcraft player that rose to international renown within the online gaming community for being the first player to reach 3000 rating in ranked arena (season 6). This means he was at one time recognised as the top arena player in the world and set a new bar for others to reach. He also continued to dominate the WoW arena scene for many years after this

During the end and decline of his WoW glory, Reckful created a vlog titled “Reckful – Most Unfair Game” which you can view here. Reckful explains life from the viewpoint of his gaming success, comparing reality to World of Warcraft. He speaks about starting real life with various advantages and disadvantages including wealth, appearance and opportunities. He asserts that this is incredibly unfair.

You see, game developers try their best to create games that are fair and balanced. This means those who work hard, develop their skills and network within online games usually come out on top. Games such as World of Warcraft give the impression of fairness as one starts in the same location as other players, with the same amount of gold (wealth), the same ability to customise your appearance and the same opportunities for quests (jobs). Perhaps this sense of fairness in video games is one reason why gaming is so popular.

Life is Not Fair

Contrast this with real life and there is a clear disconnect. In fact, when it comes to starting life, we choose nothing. Some are born rich, others poor. Some are good looking, some not so much. Some are naturally more intelligent than others, others are stronger, or have great physical ability than others.

Reckful concludes that life is random and unfair, so what is the point of pursuing wealth or success? Perhaps we are catching a glimpse behind the motivation of Reckful’s gaming habits: we should all just play video games and forget reality.

I would argue, however, that even games themselves are not fair because they operate in reality also. Not everyone has a computer to play games, or the time or physical ability to invest in them. Inequality cannot be escaped, even in video games.

Ya, Well That’s Life So Suck It Up

It would be easy to retort “ya, well life is not a game”, however, this would not do justice to Reckful’s frustrations and clear anger about reality. Reckful’s anger is really an anger directed towards God who holds the universe together by His Word (Hebrews 1:3) and has ordained every circumstance before time (Isaiah 46:10). The good news is that the Bible has answers that can help us process our experiences in this unfair environment.

The reality is that nowhere in the Bible does it say that God treats everyone the same. In fact, Jesus clearly spoke about an inequality of stewardship in the parable of the talents (Matthew 25:15). The scriptures also state that to whom much is given, much is required (Luke 12:42-28). This assumes some have more than others. We even see such sentiments of unfairness in Psalm 73 where the Psalmist laments “Surely I have cleansed my heart in vain” (v13) when he observes the prosperity of the wicked and the humiliation of the righteous. The 10th commandment “do not covet” assumes there is reason to be tempted with envy when we compare our circumstances with others. A final example, if you are still not convinced, would be Peter the Apostle. Jesus tells Peter that he is going to die for following Him and be forced to go to places he will not want to. Peter responds by asking what will happen to John so as to ascertain whether John will endure suffering like he will (John 21:18-22).

Life is Unfair By Design

Unfortunately, Reckful comes to the wrong conclusion that life is random because of his erroneous secular-humanist presuppositions. Christians, however, see that life is unfair by God’s design.

It is indeed unfair that some people are freemen- meaning they are so wealthy working is not a requirement, while others are slaves and will die if they don’t work. However, the BIble says that Christians who are freemen are God’s slaves and those who are slaves in this life are God’s freemen, meaning that God holds those who have greater ability to greater responsibility (1 Corinthians 7:20-24).

In the parable of the talents it was unfair that others were entrusted with more. However, God is just in judging their performance by the same standard. Their success was marked and rewarded as a percentile (Matthew 25:20-30).

Reckful says it’s unfair that there are people who have more money than him, but how come he is not angry with the fact he can walk and others can’t? Such objections about fairness are rarely in condemnation of one’s own privilege or position.

How about the fact that the promised Messiah, being perfect and true, was unfairly condemned and tortured to death to pay for the crimes of His enemies-turned-friends? That was unfair but just.

Instead of being angry at God for what we supposedly lack, we should thank Him for what we have and trust His wisdom in stewarding to us the correct resources.

Reckful’s feelings of discontentment are justified but misplaced. He should ultimately set his affections on things above, store treasure in heaven and despise this fading and frivolous world. Only then will he understand the plan of God and the purpose of his short time here.

On 02/07/2020 Byron Bernstein killed himself. I am greatly grieved by this news and regret not seeking to reach out to him with more aggression. I did tag him on twitter when this article was posted. My hope and prayer is that he read the contents. I wish I could say RIP Reckful but I know what awaits those who die in their sins. Byron gained the whole world and lost his soul. Byron had riches, fame, intelligence, good looks, charm and charisma but he lacked Christ. Let his life be an example to all who seek riches and ignore their Creator Proverbs 11:28.

ZO I don’t believe you are the who gets to judge Byron.