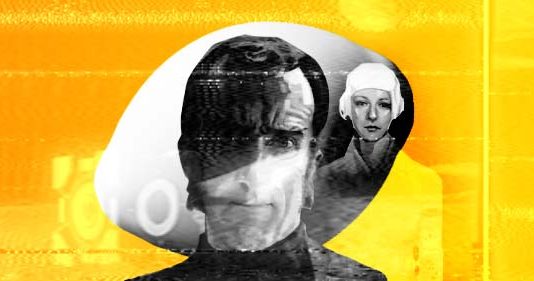 Cave Johnson’s infamous lemon rant at the end of Portal 2 references the grim events of the first moon mission Apollo One.

The Apollo One catastrophe on platform 34 resulted in the deaths of three astronauts, Gus Grissom, Ed White, and Rodger B Chaffee who were trapped within their space capsule during a ground test and subsequently burned alive, unable to escape.

The Aperture Science CEO’s rant references the moon, lemons, and fire which all relate to this tragic event.

I Don’t Want Your Damn Lemons!

Command pilot Gus Grissom had received much press attention after surviving a fatal malfunction during the landing of the second Project Mercury flight into space.

The Liberty Bell 7 capsule, once making an impact with the Atlantic Ocean, unexpectedly released the emergency explosive bolds which resulted in seawater flooding into the spacecraft. Gus exited through the open hatch and nearly drowned as a result of seawater also entering his spacesuit. He was quickly rescued by helicopter.

His honest and approachable demeanor during the subsequent press conference at the Cocoa Beach’s Starlight Motel solidified his “all American” image in the minds of many, making him an ideal candidate for the Lunar missions that sought to fulfill Kennedy’s challenge to put a man on the moon before the close of the decade.

Gus Grissom’s transparent relationship with the press did not stop here. He was very vocal in expressing his skepticism about reaching the moon within the decade due to the copious amounts of technical difficulties NASA and the North American Aviation (NAA) contractors had to resolve.

He famously plucked a lemon from his garden and hung it on the capsule of the Apollo spacecraft and invited the press to take pictures to express that the project was a “complete lemon” and nowhere near reaching its goal. The details of this event have been outlined by Bill Kaysing, a NASA contractor, and Gus Grissom’s wife Betty Grissom.

The mission’s technical inadequacy was later expressed at a congressional hearing by Thomas Baron, a contractor of NAA who was responsible for the quality control of the Apollo One mission.

In a 500-page document, Baron detailed the NASA & NAA staff’s incompetence, stipulating incidents of equipment being kept or cleaned insufficiently, staff drunkenness, and outright negligence, such as staff playing checkers during work hours.

According to Bill Kaysing, Gus’ scene involving the lemon and the press infuriated the NASA administration, which in their view undermined the chain of command.

I’m The Man Who’s Going To Burn Your House Down! With The Lemons!

On a scheduled launch rehearsal on January 27, 1967, a fire started in the capsule with all three astronauts trapped inside.

Gus Grissom’s final words before being consumed in flames were:

“How are we gonna get to the moon if we can’t talk between two or three buildings?”

Tragically Gus Grissom died in a capsule that he famously scorned by hanging a lemon (from his house), in frustration with the Apollo One moon mission.

Gus Grissom’s wife, Betty Grissom, has said that members of the CIA had searched their house and confiscated a lengthy document Gus was compiling criticizing the moon mission on the day of the Apollo One fire. She asserts that they did not inform her of her husband’s death when they conducted this unlawful raid.

Scott Grissom, the son of Gus and Betty, reported to Steve Herz, a journalist for the Star magazine:

“My father’s death was no accident. He was murdered.” (Source)

The other vocal critic of the Apollo One mission, Thomas Barron, likewise suffered a tragic death with his wife and stepdaughter. They had a collision with a train when crossing a rail track in their car. No autopsy was carried out, the events of which happened weeks after Barron’s testimony at the congressional hearing. The event was covered in a dramatized Fox segment:

The original concept art of Chell heavily references astronaut ascetics of the 1960s and has clearly been a theme and reference point throughout the series.

Half-Life writer and Valve veteran, Marc Laidlaw, shares a chapter of a semi-autobiographical work that describes the night he saw the Apollo 11 moonwalk with his family. This work is titled “Sea of Tranquillity” which describes a relative’s comment about the Apollo One fire regarding the Vietnam war:

“It’s a game to get your mind off the real problem—the war.”

Valve’s corporate culture lacks a hierarchy whereby anyone from any department can have input into the creation of a project.

“At Valve, it doesn’t matter how old you are or where you come from. Everyone’s on a level playing field with zero hierarchy and no titles.” -The Final Hours of Portal 2, pg 5.

Laidlaw was part of the Portal 2 team and even voiced the Ratman in this creepy easter egg scene which is found in Test Chamber 17:

Jeep Barnett, the lead programmer of Portal 2, was responsible for the marketing efforts before the anticipated release of the title in 2011 through a series of games known as Alternate Reality Games (ARG). Alongside other Valve employees, Kyle Davis, and Adam Foster, they devised an ARG that released secrets of the Portal game using Slow Scan TV (SSTV) which emits an audio frequency that can be transcribed into images.

This technology was used by Neil Armstrong to send images from the Apollo 11 mission to earth.

Jeep explains the use of historical research in this Portal 2 ARG endeavor:

“Other historical research can be applied to other genres as well. If you are making a fantasy game you might want to research ancient spell books and witchcraft…give the players a chance to connect with the real-life aspects of what’s going on and how they are tied into your fiction.”

This design approach is significant seeing that there are other references to Neil Armstrong in the Portal franchise.

The most prominent example would be at the end of the game where Chell shoots a portal on the moon and is temporarily dragged through the portal where the Apollo 11 Lunar module can be seen.

Finally, in Ratman Den #3, if a radio is brought into the area, an SSTV signal is transmitted that when converted depicts a Companion Cube on the moon’s surface with the earth in the background.

The Ratman Knows Something We Don’t

There is a strong inductive argument to be made that Companion Cubes contain deceased personnel of Aperture Laboratories. This would account for the lack of bodies found through the game and the frequent references to their ability to speak or exhibit human qualities.

Cave Johnson’s pre-recorded messages also reveal that the first test subjects were astronauts. These early tests were hazardous and resulted in the death of the test subjects. Later Cave describes Aperture Science as being involved in the 1968 Senate Hearing on missing astronauts (similar to the Apollo One hearing in 1967).

“Welcome, gentlemen, to Aperture Science. Astronauts, war heroes, Olympians–you’re here because we want the best, and you are it. So: who is ready to make some science?”

“Greetings, friend. I’m Cave Johnson, CEO of Aperture Science – you might know us as a vital participant in the 1968 Senate Hearings on missing astronauts. And you’ve most likely used one of the many products we invented. But that other people have somehow managed to steal from us. Black Mesa can eat my bankrupt–“

Upon the completion of Portal 2 a digital book compiled by video game journalist, Geoff Keighley, was released called “The Final Hours of Portal 2”. The digital document features interviews with the core team and shows some behind-the-scenes information about the game’s development.

The book ends with featured Portal 2 artwork by Andrea Wicklund, one being a depiction of the Companion Cube with the words “Armstrong” incorporated into the imagery. Another peculiarity about this image is the fact that the Cube is surrounded by speech bubble illustrations.

Within the first game in Test Chamber 17 a Ratman mural attributes speech to the Cube by stipulating:

“The Companion Cube would never lie to me. Trust me. NEVER“

Life Is But A Madman’s Dream

Cave Johnson’s lemon rant is a result of his deteriorating health due to his exposure to moon rocks, the mineral used on the wall surfaces to make portals.

Dutch Prime Minister Willem Drees received a moon rock from the Apollo 11 astronauts which turned out to be petrified wood. US officials have no explanation for this peculiarity. (Source)

Likewise, leaked original NASA footage of Neil Armstrong, Buzz Aldrin, and Michael Collins faking a shot in the earth’s orbit, trying to appear as if they are 130,000 miles out, or halfway to the moon:

When viewing the longer unedited version, the F Stop of the camera is frequently referred to.

“How is the f-stop? Is twenty-two going to be accurate?”

The f-stop of a camera is the aperture, or iris, that controls the amount of light that hits the film or digital sensor. Interestingly enough Portal 2 was developed out of an earlier Valve project called F-Stop by project lead Josh Weier.

It would appear that Neil Armstrong is indeed lying, a revelation so ghastly that when realized it would alter one’s perception of reality by bringing into question the integrity of government, media, and the scientific community, fundamentally challenging the veracity of a worldview built on scientism.

This mural also features the eye of Lucifer, a philosophy well integrated into Valve’s Half-Life series in which the Portal universe is also set.

The salvation Cave Johnson seeks upon his deteriorating health and approaching death is to merge with technology.

This lull of immortality is the driving force behind technocratic and transhumanist ideology.

The Cave Johnson lemon rant is in fact a decry upon the sovereignty of God amidst his deteriorating health.

“Demand to see life’s manager! Make life rue the day it thought it could give Cave Johnson lemons!“

The word of God states that Jesus Christ alone possesses immortality (1 Timothy 6:14-16), so any quest for eternal life outside of Christ is a madman’s dream indeed.

The Apollo 11 missions and alleged moonwalks are hailed as the greatest scientific and human achievements meant to unite all of humanity in a common goal of exploration and knowledge-seeking. The fact that these events are ironically built upon murder, lies, and deception is a means by which God mocks His enemies (Psalm 2:1-4, Galatians 6:7).

In reality, the greatest human achievement is the defeat of death itself by Jesus of Nazareth, the King of the Jews who died, was buried, and raised after three days, fulfilling ancient prophesies too numerous to number here, and who will return via a portal (Revelation 6:14), expelling all darkness.

“Awake, you who sleep,
Arise from the dead,
And Christ will give you light.” -Ephesians 5:14

Have you now awoken from the Relaxation Vault? Are you now thinking with portals?