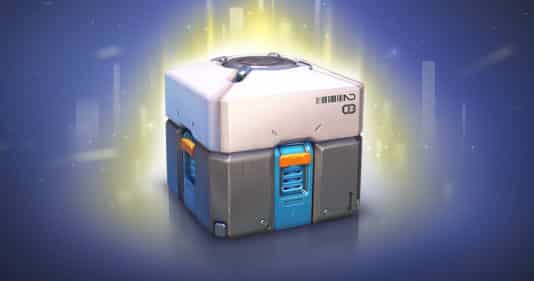 The Department for Digital, Culture, Media and Sport committee in the UK are seeking to regulate the phenomenon of video game ‘loot boxes’ under gambling law and ban their sale to children.

Loot boxes are digital products within video games that contain various game items of worth that can be opened with a key that is purchased with real money. They were introduced to video games in 2010 to the West by Valve in their popular competitive first-person shooter Team Fortress 2 (TF2).

This strategy resulted in the player base of TF2 increasing fivefold while seeing 20%-30% of players make in-game purchases. Valve’s loot boxes were then brought into their arguably more popular franchise Counter-Strike: Global Offensive (CSGO) and the rest of the market followed suit.

Loot box mechanics actually have their roots in trading card games (TCG) such as Magic: The Gathering and Pokémon TCG. Booster packs containing random cards of various in-game values would be in packs of cards that could be traded or added to a player’s deck. Before this, there was the baseball card industry and trinket ball machines.

Such models of revenue generation are now seen to be a necessary evil to stay in business. The biggest titles in video games such as Overwatch have accumulated many billions in revenue while integrating loot boxes, thus making them a permanent fixture in the industry.

The morals of loot boxes have fallen under scrutiny from other governments in recent years. Belgian authorities having completely banned them, as they are essentially a variance of the casino slot machine. Peddled towards children, a strong inductive argument can be made that they become a way to prime the impressionable towards gambling addiction.

Unwanted attention was brought to the darker and more sinister side of loot boxes around CSGO during a YouTube scandal between TmarTn and ProSyndicate in late 2015 who were exposed by a smaller YouTuber called Honor The Call. TmarTn and ProSyndicate faked videos of themselves winning thousands of dollars worth of CSGO items on a roulette website called CSGOlotto. It turns out that they owned this website and their young fan base was deceived by them.

This unwanted exposure in the press was followed by a lawsuit and suddenly the dark side of Valve’s loot box business was in question. CSGOlotto was one of many gambling sites based around the items found in CSGO loot boxes. The items in these loot boxes can be put on the Steam market and sold for real money so they are essentially casino chips. Valve gets a 5% commission for each trade of these items on the Steam marketplace so they have no financial reasons to shut down third-party gambling sites. When this was exposed, Valve issued 23  cease-&-desist orders to the largest CSGO gambling sites. This documentary gives a good overview of the events.

Jupiter research estimates that the total spending on loot boxes will reach $50 billion by 2022. If more governments follow Belgium’s lead, we could very well see the end to this multi-billion dollar industry overnight. If such laws were to be passed they would also have to impact the Trading Card industry that spawned such trends.

One can easily forget that these brilliant game developers that have brought us fantastic games, technology and countless hours of enjoyment are in fact businesses. You cannot serve God and money (Matthew 6:24) and sadly with massive overheads, competition and with humanity’s natural proclivities towards greed and self, there is a reason why loot boxes are not going anywhere without government regulation or a change in user behaviour. Just as righteousness exalts a nation (Proverbs 14:34), it too exalts art, business and games. Loot boxes provide a horrible user experience and cannot be a long-term business model. Here is a reminder for you to fund games that are wholesome and correspond to your Christian values. Support small independent and creative developers and we might see the market of loot boxes slowly dying.