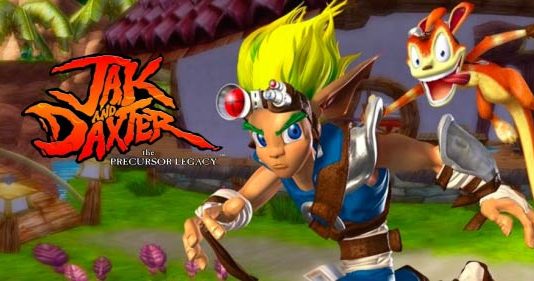 Jak and Daxter: The Precursor Legacy launched on the PlayStation 2 in 2001 and was the long-anticipated next-generation platformer by Naughty Dog, the team behind the monumental Crash Bandicoot series.

Naughty Dog, having departed from their “stretch and pull” animation style platformers in the third-generation of PlayStation systems (such as Uncharted and the later controversial Last of Us series), has left a dedicated fanbase of their original games behind.

These fans have pleaded with the studio to pick the Jak and Daxter series back up but to no avail, and have instead perfected speed runs, revived the individualized coding language of the series, and have even found a secret uncompleted level that no one knew about apart from the developers!

Luminar Light is a YouTuber who has a dedicated channel for discovering out-of-bound and hidden areas of the series and has been able to recover a level that was never completed.

The process of discovery was described in the description of the original video:

…The internal name of the level is ‘Yosemite’, and it has strong resemblance to concept art in the design bible that is labeled as ‘SIERRA’. Also, I asked the composer if this was the mysterious “Unsnowy Mountain” that he composed music for, and he said yes. And it is also worth mentioning that in the old TPL world map in the design bible, a ‘SIERRA’ area is there, connected to hub3.”

The existence of the level was also confirmed by Naughty Dog’s co-president, Evan Wells:

“We had a level we called “Yosemite” – this giant half-dome mountain in Yosemite that we modeled with a forest at the base – and we really tried to get it into the final game. We came back to it as one of the last levels to see if we could apply some of the knowledge that we had accumulated on previous ones to see if we could shoehorn it in the last second, but it was too late.” (Source)

The level contains a Precursor echo vent and was most likely the home of an unused mission about opening the red echo silos, in which there is also unused dialogue from Daxter congratulating Jak on achieving this end:

The question remains, why was this nearly-completed level not added to the remastered versions? Even an unlockable achievement after completing the remasters would have been greatly welcomed by fans.

What is also remarkable is that for the 20th anniversary of the series, the original game developers were not featured or interviewed in Sony’s announcement.

This is because many from the original team that brought Jak & Daxter to the world have since left the studio.

Will Naughty Dog Ever Create A New Jak & Daxter Game? No, No They Won’t

Naughty Dog has sadly ceased being a game studio and has transformed into a political institution that prioritizes espousing propaganda above entertainment.

In an interview below with Ted Prince of Insomnia Games, Evan Wells, when asked what the future plans of Naughty Dog and the gaming industry were, answered by saying he seeks greater diversity and inclusivity (which means anti-men) and developing a “less toxic” community (canceling anyone who publically disagrees).

This means that immersive experiences, well-written characters, and revolutionary technological advances in future Naughty Dog games will only be present in as much as they drive a corporate political message of globalist morality.

Such sentiments are held by other members of staff who celebrate sexism by noting the number of women who are now working in the company (as if that has anything to do with the studio making better games):

Furthermore, the Naughty Dog Twitter feed is being used as a platform to promote their, ironically, toxic ethics:

The company that owns Naughty Dog, The Sony Group Corporation, is owned by Vanguard, no doubt the reason behind the studio’s departure from family entertainment to the synthesized political propaganda that all global corporations are currently espousing.

Like many Vanguard-bought corporations, these groups seek to socially engineer the populous with political messages that benefit their private global interests. These groups hide behind sociopolitical issues and label all critics as racists, homophobes, and bigots when they point out lousy gameplay and writing when franchises they love are rebooted and perverted in the image of their reconstructed and twisted morality.

Unfortunately, the presuppositions necessary to bring about meaningful stories and immersive worlds have been replaced with ones that enable insatiable greed and the pursuit of pleasure over truth.