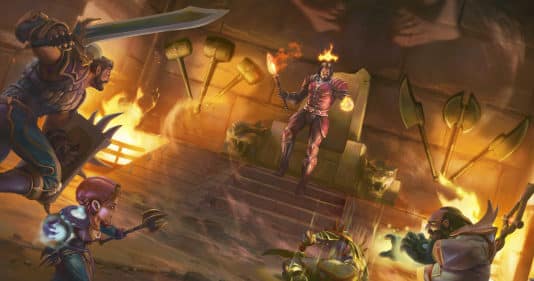 World of Warcraft: Exposing The Dirty Business of Private Servers

World of Warcraft (WoW) is a massively multiplayer online role-playing game (MMORPG) and at its height, it possessed around 12 million subscribers and was paramount in popularising online gaming as a whole.

Unlike most games, previous versions of WoW are made redundant when a new expansion is released. This means that players who invest a lot of time into the game, who reach the max level, defeat the hardest monsters and possess the greatest items lose all that momentum and progress. New abilities introduced to players can completely change the game so that is unrecognisable from a previous version. Throw in a sizable subscription fee and it is no wonder WoW has seen a steady decline in its user base. The end game is simply impossible to enjoy for any extended period of time.

A Burning Crusade to Private Servers

So what happens if you come to really enjoy a particular expansion of WoW? Sadly, once a new expansion is released, there is no way to go back and enjoy it. This, along with the frustration of being stripped of all your precious in-game items, has led to many players now moving on to illegal private or pirate servers to enjoy the legacy versions of the game.

Part of the success of these private servers is that they usually focus on the end game of a particular expansion, which allows players to start at max level with some of the best armour and items of the game. This means that players can essentially pick up where they left off before the developer, Blizzard Entertainment, changed the game through an expansion.

The Wrath of The Developer

There are literally hundreds of these private WoW servers with hundreds of thousands of players utilizing their services. The catch is that all these private servers violate Blizzards’s End-User Licence Agreement (EULA) and their Terms of Service (ToS):

“Blizzard Entertainment® does not support or condone network play of its games anywhere but Battle.net®.” (Source)

Those who purchase World of Warcraft have to agree to never connect to “Unauthorized Connections” as stated in part IX of their ToS:

This was most notably seen in a lawsuit in 2009 against an individual who had made $3 million from running a WoW private server that welcomed over 400,000 illegal users. Blizzard Entertainment was awarded a $88,594,539.00 judgment which included statutory damages and attorney’s fees (Source 1, Source 2).

Yet, this has not deterred the practice as there are still many such servers operational today, like Smolderforge which boasts a 13-year record of illegal hosting.

Private server websites are incredibly dodgy. There is no contact information, no address information, they are not registered as businesses, all the staff use aliases and all payment options and in-game perks are concealed on the site.

What is laughable is their own Terms of Services. Smolderforge, for example, in their ToS prohibits any Blizzard employee from entering the site due to “controversial reasons”:

“No one from Blizzard, associated with Blizzard or any such affiliated company or anyone directed by Blizzard or its related companies is permitted to enter these web sites or view any content contained within these sites at any time what so ever due to controversial reasons”. (Source)

Or how about a private server called Warmane that is apparently established for “educational purposes”?

“Warmane.com is a non-profit project developed to imitate outdated game versions for educational purposes only. The Site and the Services do not support and do not provide any modification to game files. By using the Site or the Services, the User agrees to take responsibility to follow the game’s EULA.” (Source)

Many of these ToS are identical from server to server as they have all copied each other. A list of servers and the estimated number of players can be found here.

So, how are these private servers all profiting? They are supported by player “donations”. Such “donations” give players special in-game items or perks. Essentially, these private servers are selling items that do not belong to them, while hosting a game that does not belong to them and welcoming players that have to violate Blizzard’s ToS in order to join. This is without doubt theft.

There is no way to truly estimate how much income these pirate servers are generating, but it is safe to say that it is keeping many from having to work an honest job as several servers have full-time staff that manage forums and other administrative tasks. Some private servers even offer prize pools that run into the thousands of dollars for competing players (Source).

The scriptures are clear that the government wields the sword of judgment as a terror to evil works (Romans 13:3-5). Those who run and play on such servers should not only fear the judicial consequences, but also the spiritual and eternal consequences of theft. Jesus said that one should fear God who after destroying the body can destroy both body and soul in hell fire (Matthew 10:28).

Blizzard Entertainment should act in two ways to address this issue:

I, for one, when I played WoW,  used to avail of private servers and never thought about the legal ramifications of this. I reasoned that if Blizzard had a problem about it they would then put a stop to it. Their silence of this phenomenon, for me anyway, was an indirect advocacy of such services. I have repented of such practices and I’m comforted by the reality of Christ taking my punishment upon Himself on the cross. Though I don’t agree with Blizzard’s executive decisions in how they directed World of Warcraft, at the end of the day it is their game and they can do with it as they please.  Like others, I decided to simply end my subscription and do something more constructive with my time rather than steal from the creators of the game.

Blizzard now offers a legacy version of their game after a recent cease and desist order of a private server called Nostalrius, which hosted 800,000 registered accounts. Perhaps in the near future, we will see more lawsuits from Blizzard Entertainment and the eventual decline of illegal servers. What is certain however is God’s judgment upon all those who do evil.