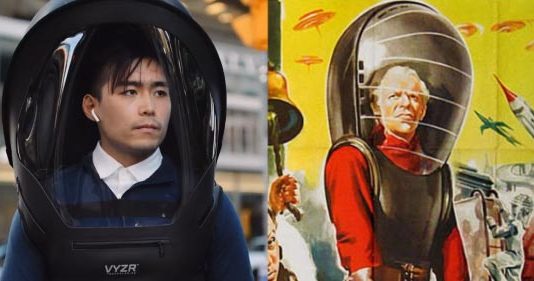 H. G. Wells is a prolific Sci-Fi author most notably known for The War of the Worlds (1898) and The First Man on the Moon (1901). His lesser-known novel, The Shape of Things to Come (1933) and film adaptation “Things To Come” (1936) creepily predicts five phenomena of global transformation that have all come true.

Before we dive in, there are some interesting peculiarities around the film that are worth keeping in mind:

Things To Come was the first film to have a million-dollar budget and boasted a cast of 20,000 people.

It inspired future Sci-Fi writers such as Arthur C. Clarke, and filmmaker Stanlee Kubrick in their 2001 Space Odysee film (1968).

Strangely enough, when Things To Come was released in 1936 it was broadcast in a special screening in Washington, D.C. for U.S. government officials. H.G. Wells addressed the audience from the UK via a transatlantic telephone.

The movie was subsequently included in the first syndicated television presentation of major studio movies on U.S. television.

It seems that the powers that be wanted to ensure that not only the masses saw and understood the film, but government officials of the United States were likewise encouraged to contemplate “Things To Come”.

The film, Things To Come (1936), starts on Christmas Day 1940 in a town called Everytown which resembles London.

Posters litter the city declaring potential world war. When protagonist Mr. Cabal is asked about his thoughts on the matter, he quotes the words of Christ in Matthew 24:6 “wars and rumors of wars”. The scene ends with them focusing on Christmas to ignore the looming threat of war as they sing “Noel, Noel, born is the King of Israel”.

Everytown is flung into a world war with the streets being occupied by anti-aircraft ballistics and the building collapsing due to bombing. The video below shows real war footage from London’s 1941 bombings (left) beside the 1936 film depicting Everytown’s 1940 bombing (right):

In reality, the U.K. declared war on Germany in September 1939, and the worst of the German bombing of London, a.k.a. the Blitz, occurred in 1940.

Knowing the opportunities for financial gain surrounding World War I and the amount of capital invested in this film, there is a strong inductive argument to be made of the military-industrial complex and their associates using such media as a conditioning tool for things to come.

The film continues with the world being ravaged by world war for decades, after which a zombie-like viral outbreak known as “the wandering sickness” engulfs what’s left.

The only cure for this epidemic is to shoot those who are infected.

Zombie media and tropes were used in the dissemination of propaganda by the CDC and other agencies proceeding the wake of COVID-19 (events that obviously transpired after WWII).

All of these have been used to promote digital IDs through vaccination status and the push for centralized business and exchange via the internet because of forced lockdowns.

This all accumulated to create a fertile ground from which a new economic order of technates can arise.

Who should descend from the skies to redeem humanity and bring universal prosperity and peace after years of global war and disease?

No, not Jesus, but the “Freemasonry of Science”: the technocrat.

Mr. Cabal, now representing the technate, lands in Everytown wearing a bubble suit that has an uncanny resemblance to the VYZR Technologies COVID-19 suit.

Within the world of Things To Come, the suit is used to protect the scientific elite from their weaponized “gas of peace” which is used to conquer the world.

It should be worth mentioning that the economic, political, and religious movement of Technocracy was at its height in popularity in the 1930s. One of the key methods of this movement is to further their agenda through social engineering. It is only natural to conclude that films like Things To Come had direct or indirect connections to this movement.

In 2010 the European Commission projected that 62% of the entire world’s population would live in cities by 2030. Part of the 11th goal of the United Nations 2030 agenda is to:

This has led to the foundation of organizations such as the Sustainable Cities Platform which champions the European Basque Declaration that seeks to:

“Reduce the use of greenfield land and natural space.”

Patrick Wood in his book Technocracy: The Hard Road To World Order dedicates three chapters to the subject of Smart Cities (Chapters 4-6), in which he connects this modern aspiration of surveillance cities (through the Internet of Things) to the technocratic desire for “Urbanate” spaces.

In Urbanate spaces there are no “inefficient forms of transportation, such as the automobile”. Rather, subways, elevators, and walking are the primary means of travel.

Things To Come depicts Everytown in 2036 as an underground utopian Urbanate or Smart City, that was developed after scientists and engineers unite the world after World War II:

The design of Everytown resembles the Smart City development plans of the Saudi Prince Mohammed bin Salman, who established the NEOM project to:

“Introduce a new model for urban sustainability powered by 100% renewable energy … NEOM will be built around people, not cars, and designed for convenience and walkability. Adopting a pedestrian-first approach, all amenities will be within a five-minute walk.” (Source)

It is also worth mentioning that the scientific elite of the Urbanate Everytown in Thing To Come wear Japanese-inspired garbs reminiscent of modern technocrats such as Klaus Schwab:

The final prediction Wells got right was the rise of the moon missions and space race. After all, once man has mastered this planet then what is to come? The moon is the next frontier of course!

A particularly keen insight on the part of Wells seeing that rocket engine technology did not exist in his day and was only developed after the second world war.

President Nixon highlights the zeitgeist surrounding the moon missions when addressing the Apollo 11 astronauts aboard the U. S. S. Hornet upon their return to the earth’s surface:

“This is the greatest week since the beginning of the world, the Creation. Nothing has changed the world more than this mission.” (Source)

The Apollo 11 mission was of course accompanied by the infamous Armstrong mantra of humanism: “one small step for man, one giant leap for mankind” which not only demonstrates the arrogance of scientism but its universal goal to unite all of mankind under a common aspiration: human achievement apart from God. From the overflow the heart the mouth speaks (Luke 6:45) and these blasphemous remarks by both Nixon and Armstrong let the cat out of the bag with regards to the goals of the space race.

This attitude is still alive and well today. All one needs to do is look at the YouTube comments of Apollo 11 videos to see the plethora of remarks stating that this was “the greatest human achievement”.

Ironically, more and more evidence is surfacing over time that the Apollo 11 Moon Mission was indeed a fabrication. From official moon rocks of the US government turning out to be petrified wood, photographic impossibilities within the alleged Apollo 11 moonwalk images, and the Apollo 11 crew faking a shot in earth’s orbit claiming to be halfway to the moon. Not to mention the testimonies of contractors and deathbed confessions that have arisen over the years.

The contrived Apollo 11 moon landings are the perfect representation of the religion of scientism, all bark, and no bite.

Likewise, the pseudo-utopian aspirations of Technocracy under the United Nations Sustainable Development Goals for 2030 are built on lies, corruption, and greed while hiding behind the smokescreen of human progress and inclusivity.

You can’t make this stuff up.

The utopian vibes from this film are not surprising seeing that Wells himself was a Darwinian Eugenist who envisioned a future of a global technological elite exterminating everyone else:

His moral degeneracy did not just impact his political views but also his personal lifestyle, which was riddled with sexual perversions and promiscuity.

Wells never lived to see his globalist fantasy realized, but his works sure inspired a new generation that vainly seeks to conquer other planets:

All The Universe Or Nothingness, Which Shall It Be?

It is by design that the film opens with Christmas Day and people singing praises to the King of Israel while depicting the commencement of a world war of which Jesus seems indifferent or ignorant towards.

It is also by design that the film ends with a diatribe of scientific dogma asserting that man can only conquer the universe once the “laws of mind and matter that restrain him” are overcome.

A dichotomy is presented to you, the viewer: be “little animals” content to “live, suffer and pass” like all other animals, or aspire to conquer the heavens through the disbanding of religious superstitions while applying science to all aspects of human affairs.

This philosophy of modernism is called empiricism, a self-refuting idea that all knowledge is gained through scientific methods (the idea itself cannot be ascertained by scientific means, it’s axiomatically assumed).

A false dichotomy of human aspiration is pitted against one another: the universe or nothingness, when the pursuit of the universe as opposed to simply seeking to survive is just as meaningless and arbitrary within this godless framework.

The salvaging of “scraps of happiness” is by definition amoral and could easily be applied to murder, adultery, deception, or any other vice which evokes personal pleasure or contentment.

Scientism can’t escape Hume’s law, it can’t derive any “oughts” or objectivity to human existence. This philosophy no doubt is the #1 cause of mental health issues experienced by those who embrace this religion of hopelessness.

The notion that salvation comes through science is an ancient pagan one. All mystery religions promote this concept through their priesthood of initiation. Scientists who embrace scientism have merely redressed ancient terms with progressive attire.

The pursuit of knowledge or science to achieve godhood is the same deception that corrupted man in the Garden of Eden (Genesis 3:4-5). In reality, the dichotomy is wedged between truth or lies, reason or madness, life or death, God or the devil.

This is great stuff. You actually got me into Sci-Fi through this article. Any recommended Sci-Fi books?

spekkii long time no see! Hope you had a great Christmas. I’m currently going through The Space Trilogy by C. S. Lewis, which would be a great place to start (even though it has not aged too well).

Hey, yeah Christmas was great with the family, thanks!
Awesome, Space Trilogy is certainly on my reading list.
Did Lewis not write it before his conversion?

I’ve not had that impression as it’s anti-modernist + pro-Christian, but I’m not sure when he wrote it in terms of his conversion. I’m only at the start of the second book 😁 We did talk a bit more about… Read more » 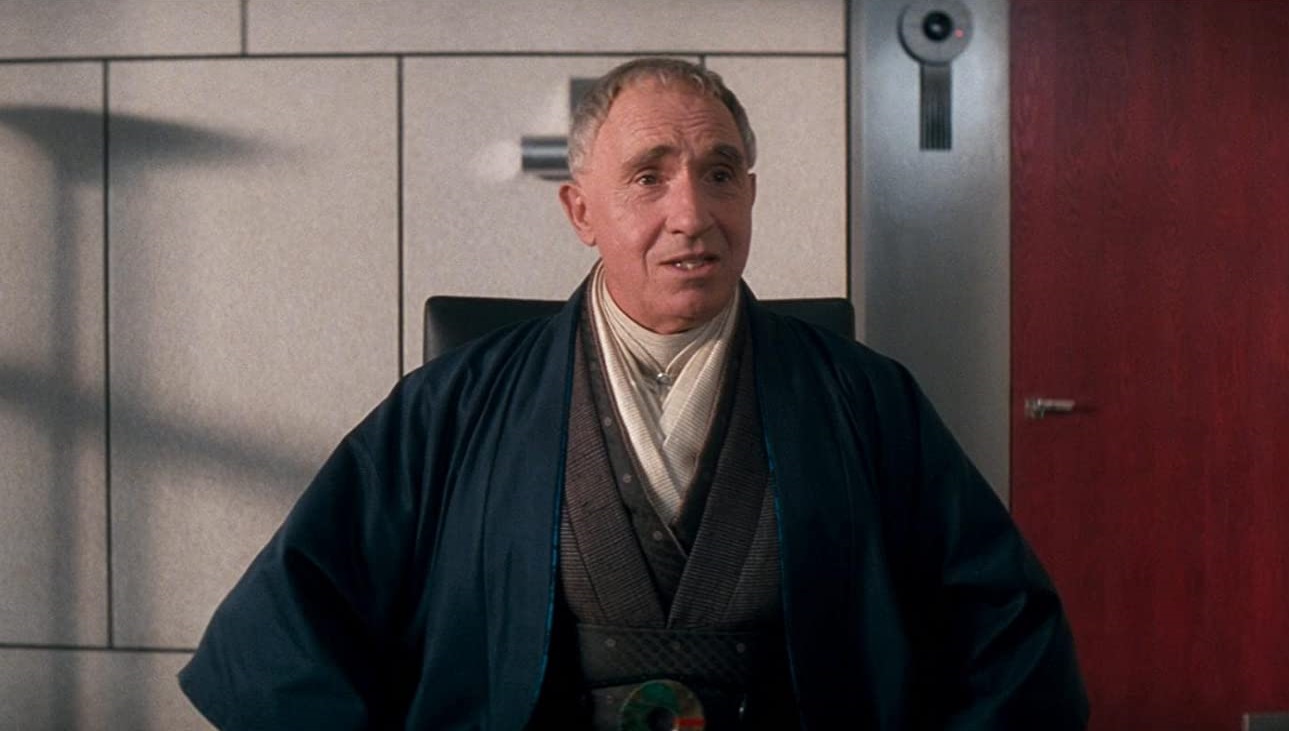 I’ve never seen the film, but will have to check it out now!