Anthony Diastello has had a passion and desire since the 80s to see a solid Christian tabletop roleplaying game come to life.

This dedicated family man, for many years, has been chipping away at such an idea while upholding his first ministry, his household, and now believes the project is ready to be published.

Allies of Majesty seeks to explore the invisible conflicts surrounding spiritual principalities described in the Bible (Ephesians 6:12)- no doubt inspired by Michael S. Heiser’s popular work “The Unseen Realm: Recovering the Supernatural Worldview of the Bible,” who has expressed interest in the project.

In Allies of Majesty, players take on the role of elohim, a term that can mean God (Genesis 1:1) but, in this case, is used as a general term for spiritual beings as seen in the scriptures (See 1 Samuel 28:13).

Since the creation, elohim have rebelled and sought to corrupt humanity by alluring them towards deeds of wickedness.

Man has unified in the city of Babel in the planes of Shinar, in direct defiance of God’s command to spread across the earth. Upright elohim are appointed to watch over the tribes of men, which have grown into nations (Deuteronomy 32:8, see in LXX).

These appointed watchers become corrupted, accepting worship from those they were charged to protect, leading the nations into deeper spiritual decay.

You and your band of elohim are loyal to the Most High, who has called out a nation from which a Redeemer will come.

Horrors of every sort face you as you seek to fulfill the will of your Master as He enacts His decree of redemption.

Allies of Majesty is a tabletop roleplaying game for 2-6 people who will face encounters on the other side. Develop a story of events together with dice rolls to randomize particular outcomes for an epic spiritual adventure of teamwork, combat, and reconnaissance.

Players combine their strengths to achieve objectives by developing unique elohim, which become increasingly stronger between missions. Quick thinking and tactical cooperation will mean the difference between victory and defeat!

“Allies of Majesty makes use of many familiar fantasy concepts, but is completely unique in its mechanics, giving experienced roleplayers something beyond the same old thing in a different skin. In particular, the 7d12 system stimulates the mind and allows very dynamic outcomes without the need for special dice with custom symbols.”

Not only are the themes and concepts within Allies of Majesty treated with theological respect, but an accompanying app will also allow players who have no experience with the tabletop roleplaying genre to integrate themselves alongside veterans easily.

We at Theonerds are excited about a project that puts the Bible first and helps remove the unfortunate stigmatization surrounding roleplaying games by well-meaning but ill-informed Christians.

Stay on top of game developments by joining the Allies of Majesty newsletter!

Yeah!! Not my personal cup of tea for TRPGs, but I love the design quality of this game nonetheless.

As the creator of Allies of Majesty, I am happy to have the opportunity to be featured here. I would love to chat with anyone and answer any questions!

I for one am very excited for this release. As a Christian who loves games and immersive fantasy I love that I can enjoy something with my friends without a moments hesitation wondering if what I’m doing honors God or… Read more »

This game is exceptional. It’s a blast to create characters and play them out. The setting is really fun for everyone and Anthony has a knack for creative game design. I can’t recommend Allies enough. Top tier game. 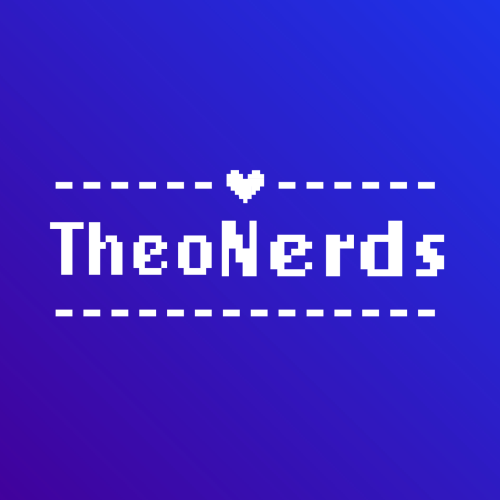 TheoNerds
With a desire to find a space for all things God, Geeks and Gamers built on a decent theological foundation, a group of theology nerds created TheoNerds.