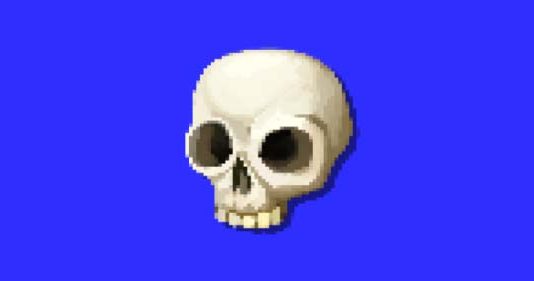 The Great Apostasy – Have Your Pastors Repented For Closing Church?

“Have I become your enemy for telling you the truth?” – Galatians 4:16

Never before has the universal church been commanded by all earthly magistrates to cease gathering.

This is not a trivial matter and needs your full attention. Do not overlook this or downplay its severity. God is telling the universal church something.

It’s easy to become comfortable, forget the dramatic events of recent years and continue as if it all didn’t happen; or that it won’t be back.

We as Christians, are commanded to know the signs of the times (Matthew 24:32, Luke 21:31) , one being the great apostasy, or falling away spoken of by Paul the Apostle:

“Now, brethren, concerning the coming of our Lord Jesus Christ and our gathering together to Him, we ask you, not to be soon shaken in mind or troubled, either by spirit or by word or by letter, as if from us, as though the day of Christ had come.

Let no one deceive you by any means; for that Day will not come unless the falling away comes first, and the man of sin is revealed, the son of perdition, who opposes and exalts himself above all that is called God or that is worshiped, so that he sits as God in the temple of God, showing himself that he is God.” -2 Thessalonians 2:1-4

One of the primary elements of gathering in local communities of Christians is to obey Christ’s command to partake in the Lord’s Table (Luke 22:19). The Passover meal celebrated by Christ and His disciples before His death and resurrection, acts as a memorial of our King’s great sacrifice (1 Corinthians 5:7), but also as a testimony of His future coming (1 Corinthians 11:26).

This is not a suggestion but a command of Christ. Those who love God will indeed keep His commandments (John 14:21, 1 John 5:3).

To refrain from gathering and therefore ceasing to proclaim Christ’s death till He comes by partaking in the Lord’s Table is apostasy and a direct violation of Christ’s commandments.

Closing churches during lockdowns is sin (1 John 3:4) and the embrace of lawlessness, the spirit of Antichrist (1 John 4:3, 2 Thessalonians 2:7).

This blatant universal apostasy can be nothing other than the great falling away as described in Thessalonians by Paul the Apostle.

If your pastors have closed the church doors and prevented you from worshipping, fellowshipping, and breaking bread with believers, they have denied the faith and are apostates.

Their stubborn denial of this reality only highlights their arrogance, a characteristic elders are not to have (1 Timothy 3:6).

Unless they humble themselves and publicly repent they must be expelled from your fellowship.

Do not receive an accusation against an elder except from two or three witnesses. Those who are sinning rebuke in the presence of all, that the rest also may fear. -1 Timothy 5:19

We Are To Judge Christians

One of the primary reasons the church exists is to hold us all accountable, including pastors/elders.

Unlike the world, whom we are told not to judge, Christians are in fact commanded to judge other Christians (1 Corinthians 5:9-13).

We are to hold Christians to the standards by which they make their profession (Matthew 7:15-20). If there are signs of fruit, then there is a process to eliminate such individuals from the congregations.

A church that does not practice congregational discipline is not a church but a club.

In fact, you are only told to submit to elders whose practice is consistent with their faith (Hebrews 13:7) and who can thoroughly defend sound doctrine (Titus 1:9). You must rebel against leaders who deny the scriptures as they are clearly wolves which Jesus warns us about.

If your church leaders lack the discernment to uncover the deliberate misinformation surrounding lockdowns then how will they be able to discern spiritual matters? (John 3:12)

The Most Dangerous Job In The World

Some might think that the most dangerous job in the world would be one with the highest mortality to worker ratio such as underwater welding with about a 15% fatality rate (Source).

But in reality, the most dangerous job in the world is being a pastor (Matthew 5:19, Matthew 10:28, Luke 12:47-48, James 3:1), particularly one that teaches or instructs children (Matthew 18:6 – a job often and wrongly delegated to the least theologically robust).

Why do you think there are so many characteristics needed to simply be considered for an important position?

The pastor’s job is, to tell the truth, not tickle ears.

If someone wants to be popular, have an easy middle-class lifestyle, or not offend anyone and do whatever the government says (even though it contradicts the commands of God) then they are in the wrong position and need a career change immediately.

The pastor is going to have to be the one spearheading uncomfortable conversations with congregants and the public (Galatians 1:10).

If your pastor has no scares after the many years of ministry, and no enemies, then you can guarantee he has not served in any battles and is not fighting the good fight.

Is Your Pastor A Coward?

What ultimately is at the heart of the issue is cowardice. Are you pastors and elders cowards? Are they afraid of the government more than God? Do they fear death (Hebrews 2:14-15) and love their own lives and comforts more than God and His flock? (Luke 14:26-27) Jesus makes it clear that no coward will enter the kingdom of God (Revelation 21:8). Following Christ is costly and a path less traveled because of its hardships.

Protestants today: “Ok government we will forsake the assembly of ourselves, the Lord’s table, and the singing of hymns if you let me keep my comfortable job as minister.”

If this prideful compromise is not addressed, what is going to stop a practice of continual degradation in your congregation?

Will your elders buckle under the state’s demands that we call boys girls, and girls boys and deny the existence of biological sex?

Will your pastor or elders betray the congregation if put under pressure by the government to relay sensitive information of congregants that could see them in prison?

What example are they leaving for the rest of the flock?

Since the direct commands of God have already been ignored at the first sign of personal discomfort, then a practice of continual rebellion has been paved for even greater and deeper heresies/delusions to be embraced.

Have your pastors publicly repented of their behavior during the lockdown? If not, it’s time to lovingly confront them (Galatians 6:1-3) or find a new church.

“Not forsaking the assembling of ourselves together, as is the manner of some, but exhorting one another, and so much the more as you see the Day approaching.” -Hebrews 10:25

The revelation of the great apostasy can only mean one thing, the man of sin is going to be revealed within our lifetime.