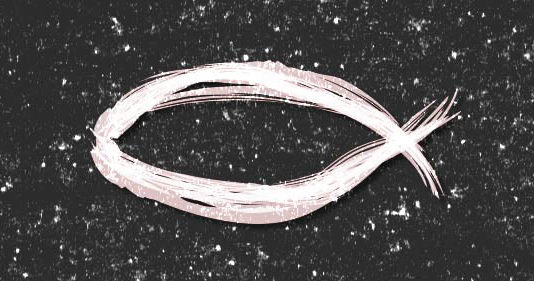 Operation Ichthys: It Is Time The Church Considers Going Underground

The word “Ichthys” comes from the Greek word for “fish”. It was a symbol used by the Early Church during the persecution under Nero to identify secret places of Christian worship.

Legislated, universal persecution of Christians has never been more attainable than with the recent events surrounding Covid-19.

Many churches are forced to close or meet under strict regulations. The Government, in many cases, is overstepping its God-ordained position by encroaching in Christian worship services and even preventing members from singing praise.

This kind of universal mandate that affects all Christians everywhere has never happened in the history of the world.

The scriptures never talk about a global pandemic wiping out large amounts of the population. If this were a pressing issue that God wanted His people to be forewarned of, surely the Holy Spirit would have revealed such matters to His Church in scripture. Thus those who know the times are lead to naturally conclude that the fear surrounding Covid-19 is ultimately being used to persecute the Church.

Many experts claim that the threat of Covid-19 is long gone with t-cell immunity due to the natural immunisation people have from other Covid viruses such as SARS. There are many explanations as to why we are seeing a rise in the number of cases that are not directly related to the dangers of the virus. This phenomenon has been termed a “casedemic”. Yet such experts are silenced and marginalised for expressing their professional views, with the condemnation of Christians assembling persisting.

Universal Persecution Was Promised By Christ

“Then they will deliver you up to tribulation and kill you, and you will be hated by all nations for My name’s sake…And this Gospel of the kingdom will be preached in all the world as a witness to all the nations, and then the end will come.” -Matthew 24:9-14

Should the West escape persecution?

It is a common understanding that the seven letters to the churches at the beginning of Revelation from Jesus Christ represent Seven Church Ages. If this interpretation is correct, then we are in the Laodicean Age, which is marked by lukewarmness (Revelation 3:14-21).

The comforts of the West- lucrative careers, large homes, fancy cars and pensions- are reminiscent of the sins of Sodom (Ezekiel 16:49). Such temptations compromise many Christians, who are afraid of losing their jobs and reputation. The Church of the West looks rich with its megachurches, endless conferences and best-selling books. However, in reality, it is often compromised.

Just as Sodom was judged, so too the West must be judged. The open embrace of sexual perversions, according to Romans 1:18-32, is the sign of God’s wrath for a society that has rejected Him. In the West, around 30% of Gen Z actively identify as being LBGTQ.

Why should we in the West escape the sufferings that our brothers and sisters in China and Nigeria have had to endure? Should we escape the promises of trials and tribulations? (John 15:20, Acts 14:22, 2 Tim 3:12). We should remember Lot’s wife (Luke 17:32-33).

Christians in the West are indeed starting to lose their jobs and are being threatened with deportation for publicly expressing Christian morals.

Christian Concern, a legal centre that defends Christians, has seen a dramatic rise in cases in recent years.

Do not be naive; the worldview that is persecuting these individuals is the same philosophy that is dominant in all Western countries. It is only a matter of time before you, too, are met with such challenges if you have not experienced them already.

There was a time when the occult was underground. If the views of Freemasonry or pagan sects were ever expressed publically 500 years ago by an individual they would have most certainly been put to death in both Protestant and Catholic nations. This is why occultic oaths of secrecy are often so graphic.

Even homosexuality, at one time in the secular community, was defined as a mental disorder.

Nowadays, in Western culture, TV shows pushing the glorification of Lucifer and the teachings of child-sacrificing wizards such as Alister Crowley are seen as entertainment. The satanic practice of sexualising children is slowly being decriminalised.

Such open expressions of sorcery, abortion, pornography and piracy are no doubt a sign of the end times (Revelation 9:21, Matthew 24:12, Romans 1:24).

In a climate that esteems virtue as vice and vice as virtue, it is time for the Church to consider going underground.

In the words of Chinese Pastor Wang Yi who was sentenced to 9 years in prison for running an “unregistered church”:

My hope in calling you and Church leaders in the West to consider going underground is not to be interpreted as a political statement or done in cowardice. It is a call to freely testify of another Kingdom (Matthew 5:14-16) while being unhinged from the lawless human bureaucracy that is restricting God’s commands for worshipgo (Hebrews 10:25).

“The Church must separate itself from the world and keep itself from being institutionalised by the world. From a positive perspective, all acts of the Church are attempts to prove to the world the real existence of another world.”

Are many churches capitulating to the surrounding culture and radical Government restrictions out of fear of man instead of fear of God? (Jeremiah 17:5)

A Call To Elders

You have been entrusted with a certain amount of authority over your flocks to shepherd them faithfully (Acts 20:27-28). Whether you believe such a threat is imminent or not, you still must consider its possibility and have an action plan.

We are not to be ignorant of the enemy’s schemes, which is to divide the Church (2 Corinthians 2:5-11). We are to utilise wisdom (Matthew 10:16) when mobilising our evangelistic efforts and foresee and guard ourselves and the flock against danger.

There are 4 procedures that must be considered when mobilising the Church underground in what we are calling Operation Ichthys or M4:

This tactic involves misdirection to blend in and avoid unwanted attention. Post your church services on Facebook, continue to conform to Government restrictions as usual- but use this only as a means to appear compliant.

This may be more applicable to larger congregations.

In reality, you are meeting and worshipping in secret, either in individual homes or outdoors. Do not publicise these meetings. These meetings should be for Christians only, with those who can be trusted to do the utmost to maintain secrecy and abide within the following privacy requirements.

It is a common practice for neighbours to inform the authorities of gatherings that exceed more than six people. Be careful of how many cars are gathered outside someone’s house or by drawing too much attention to yourself.

Do not bring smartphones to these events under any circumstances and only organise such events through encrypted methods or personal word of mouth.

When organising these events, privacy must be prioritised, and encrypted communications must be utilised. Many apps on your phone monitor your activities, including what you copy and paste.

Consider using a cellular jammer for your meeting, although these may be illegal in some countries.

All your congregants need to:

There very well might come a time when the Bible is outright banned. The Word of God must dwell within us richly (Colossians 3:16). If this is the case, one’s own memory will be required to recite scripture.

I recommend listening to Seeds Family Worship to help memorise scripture through song. Consider using Bible memory apps to aid this practice and learn from the practices of Christians in China.

I Will Joyfully Violate All Laws That Violate God’s Laws

Whether or not you implement Operation Ichthys is up to you; however, you must seriously consider the necessity of doing so in the future.

Let us learn from Pastor Wang Yi’s example and not forsake the assembling of ourselves as we see the Day drawing near:

“Jesus is the Christ, son of the eternal, living God. He died for sinners and rose to life for us. He is my king and the king of the whole earth yesterday, today, and forever. I am his servant, and I am imprisoned because of this. I will resist in meekness those who resist God, and I will joyfully violate all laws that violate God’s laws. “