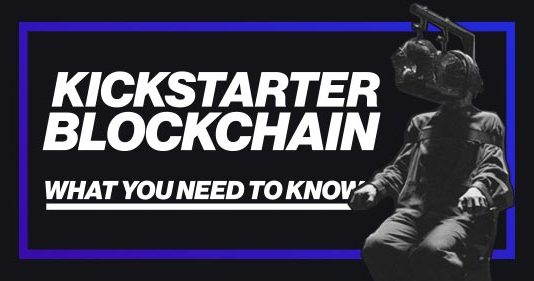 Kickstarter Blockchain Celo Is A Step Towards Sustainability

The crowdfunding site Kickstarter has just announced that they are moving towards a “decentralized” payment process through a blockchain protocol called Celo.

“We’ve chosen Celo, an open source and carbon negative blockchain platform, as the best technology and community on which to build the protocol. We’re inspired by the Celo ecosystem’s thoughtful approach to building the technology they want to see in the world. Like the internet in the early 1990s, the blockchain is a nascent technology whose story is not yet written. Celo’s efforts around minimizing environmental impact (and focus on global accessibility through mobile access to the blockchain), reminds us that the best way to get better systems is to build better systems.”

Kickstarer hopes to implement this in the backend of the website at the start of 2022.

The philosophy of decentralization around blockchain technology is obliterated by the fact that the team comprising Celo’s development are members of the largest oligarch corporations and foundations known to man. Members of the World Bank, the Federal Reserve Bank and Gates Foundation to name a few had their part in its creation.

The globalist overtones are not quelled by adjacent groups such as The Celo Alliance for Prosperity that seeks to encourage an “ecosystem of mission-aligned organizations.”

What makes Celo particularly appealing to globalists is its inseparability from smartphone devices, which would categorically further the goals of mass surveillance. It also shares the same vulnerabilities as Bitcoin due to its open ledger.

Technocracy is a resource-based economic system that uses energy credits as its singular means of exchange. Climate alarmism and pseudo-environmentalism are used to further its agenda through social engineering.

Technocrats seek to establish a supreme oligarchy of scientists and engineers akin to The Controllers’ government of Huxley’s Brave New World and Orwell’s 1984 INGSOC.

Technocracy was shot down in 1933 due to the journalistic exposure of the movement by the New York Herald Tribune and the New York Times that discredited the founder’s engineering background (Howard Scott) and his professional and personal integrity.

The press is no longer impartial. The Ministry of Truth that is Big Tech sees to it.

Shipping Crisis: How China Became The Epicenter Of Global Manufacturing

Kickstarter is largely used for Board Game funding. Publishers see an average three-to-fourfold cost increase in shipping from China (some being higher) alongside unprecedented delays. This means that getting a single container shipped from China to the USA or Europe has increased from $6000 to $24,000-$36,000.

How did China become the world’s epicenter of supply chain and manufacturing logistics?

Patrick Wood has written extensively of how the Trilateral Commission, under Henry Kissinger during the Nixon Administration, and subsequently Zbigniew Brzezinski during the Jimmy Carter Administration, lobbied to export US manufacturing to the East, specifically China.

The goal of the Trilaterals was to bring about a centralized universal trade agreement between all nations and usher in a New International Economic Order.

China was specifically selected for this purpose due to its existing totalitarian states and communist presuppositional acceptance of scientism.

It is no coincidence that the world’s first technocracy, China is the epicenter of global manufacturing and the single point of weakness to any supply chain catastrophe.

Having China as a centralizing point of global distribution allows for a single point of failure that can be leveraged to bring about a new economic paradigm, one in which smartphones (run by blockchain technology such as Celo), play a fundamental necessity.

Kickstarter has embraced this and many more corporations will no doubt follow.

Such a paradigm is nevertheless prophesized in the Bible, and Christians know the last chapter.